Why are the Emmys called the Emmys? Unlike the Tonys and the Oscars, which are both named after real people, the TV Academy Award is not named after an actual person named Emmy.

Here’s the story of how the coveted TV prize got its name.

How did the Emmys get their name?

Syd Cassyd, who founded the Academy of Television Arts & Sciences in 1946, originally did not want to hand out awards, according to the academy’s official site. He eventually changed his mind, but his first suggestion for the new award’s name was “Ike,” the nickname for an iconoscope tube, the first practical video camera tube to be used in early TV cameras. However, the name was already associated with WWII hero General Dwight D. “Ike” Eisenhower, who went on to become the 34th U.S. president in 1953.

The next suggestion came from Henry Lubcke, the third Television Academy president, who suggested “Immy,” after the image-orthicon camera tube, which was in use from the 1930s to the 1990s. The name was changed to “Emmy” to better match the female figure of the statuette.

Sadly, we missed out on the acronym “IGOT” for the coveted awards Mt. Olympus for those who earn an Emmy, Grammy, Oscar, and Tony. 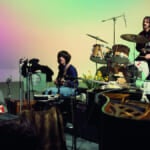 Also Read:
How the Beatles Invaded the Emmys in 2022

Who designed the Emmy statuette?

The Television Academy rejected 47 proposals before accepting the statuette designed by television engineer Louis McManus, whose wife served as its model for the winged woman, who is holding an atom.
Her wings represented the muse of art, and the atom and its electrons the science and technology of the new medium. McManus was presented with an Emmy of his own in 1949 for designing the award.

When were the first Emmys held?

The first Emmy Awards, which only honored Los Angeles programming, were held on January 25, 1949, at the Hollywood Athletic Club in Los Angeles. 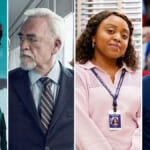