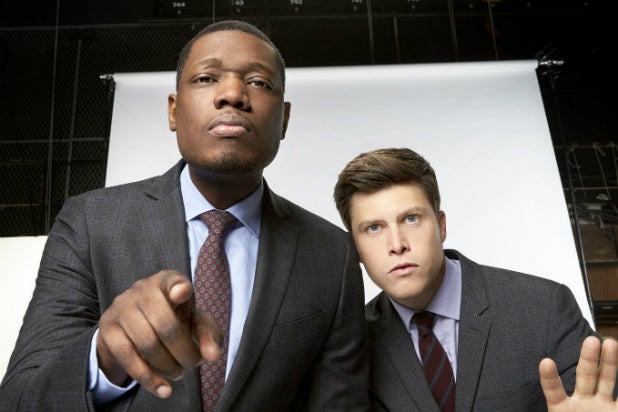 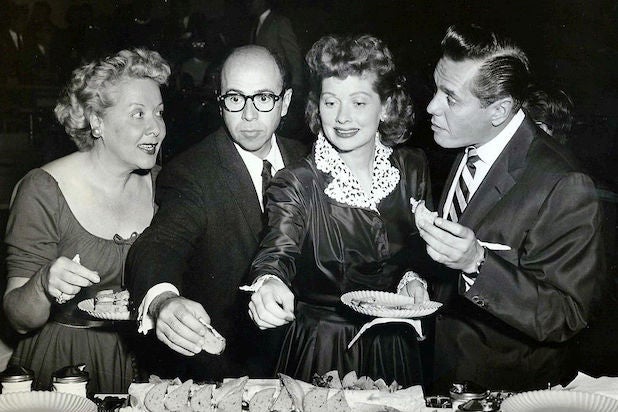 Bureau of Industrial Service
1952: Lucille Ball and Desi Arnaz Lucy and Desi were clearly the first couple of television in its early days, so it was natural that they’d be co-hosts only the fourth time the Emmys were handed out – a show on which their show “I Love Lucy” also won the top comedy award. 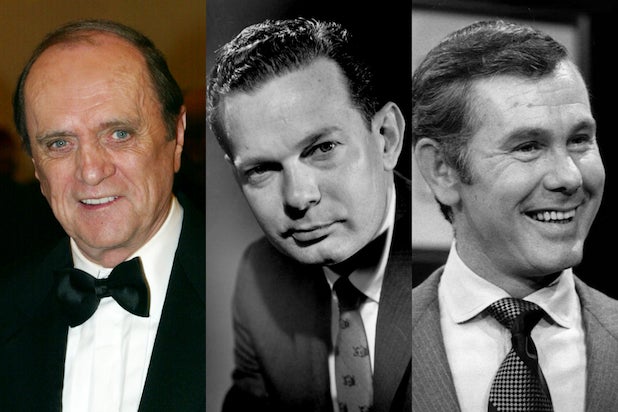 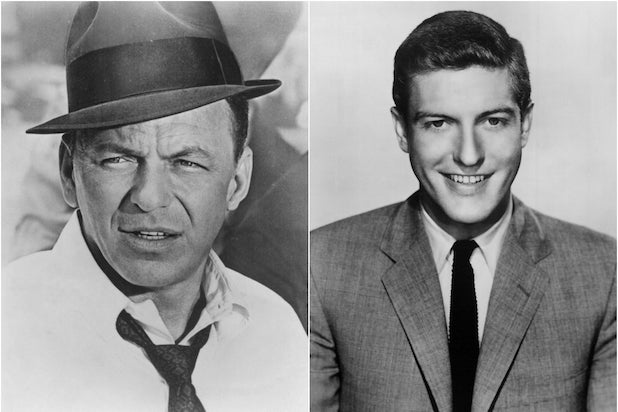 Public Domain
1968: Frank Sinatra and Dick Van Dyke Sinatra handled the L.A. show, Van Dyke the N.Y. one, and they had one thing in common in 1968: They both barely survived a snafu-ridden Emmys show. 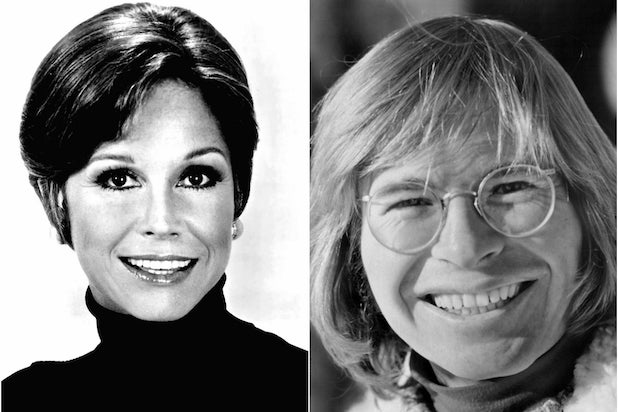 Public Domain
1976: Mary Tyler Moore and John Denver Mary Tyler Moore had been a TV icon for more than a decade, and the night she hosted in 1976 her show would win five top awards. So why saddle her with a country-pop singer who was criticized for saying “far out!” too much? Only the TV Academy knows. 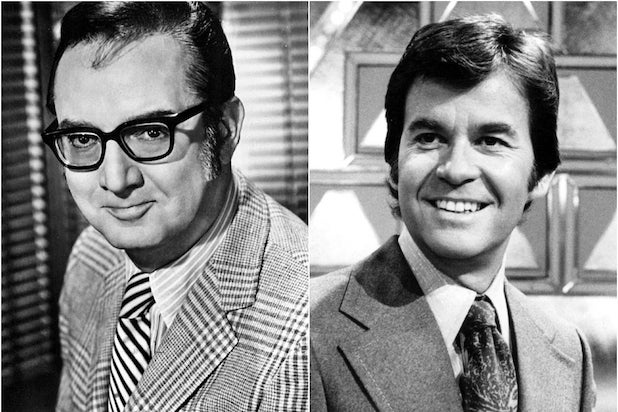 UPI/Public Domain
1980: Steve Allen and Dick Clark Allen famously hated rock ‘n’ roll; Clark popularized it on “American Bandstand.” But they were both TV icons, so that was good enough. 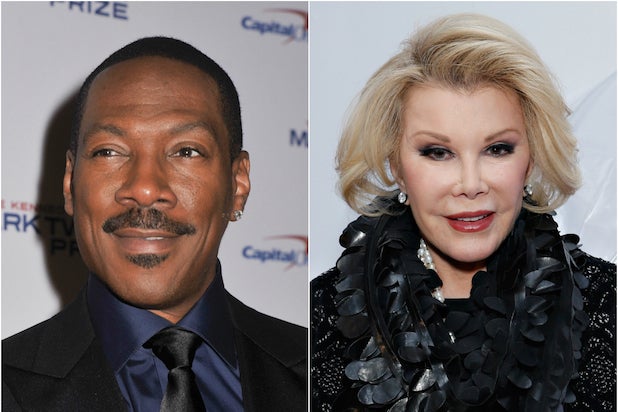 Getty Images
1983: Eddie Murphy and Joan Rivers By the standards of the time, “Saturday Night Live” cast member Murphy and “Tonight Show” regular Rivers were pretty rude and transgressive comics – and they didn’t disappoint on Emmy night, delivering the bawdiest (and, some thought, most offensive) Emmys ever. 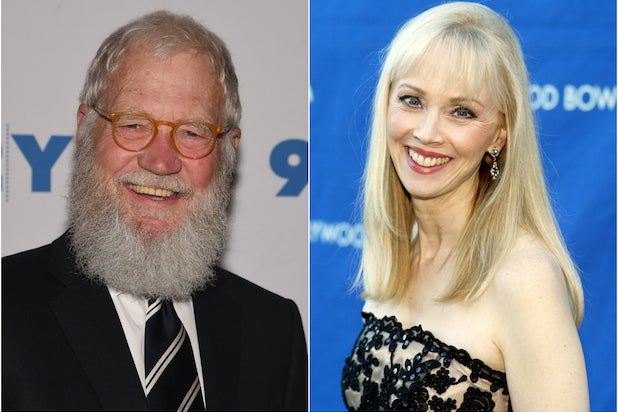 Getty Images
1986: Shelley Long and David Letterman Letterman was only in his third year as a late-night host, while Long was already on her fourth nomination for her role in “Cheers.” But the show was on NBC and they were two of the network’s biggest stars, so they became co-hosts. 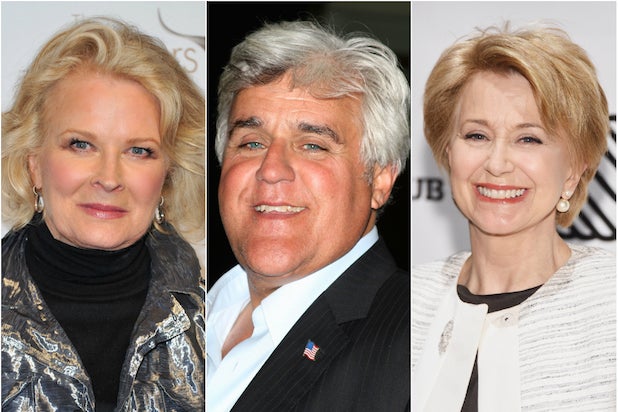 Getty Images
1990: Candice Bergen, Jay Leno and Jane Pauley Bergen played a Pauley-like newswoman on “Murphy Brown,” and Leno was the change of pace in the middle of a three-hour show in which each of the hosts handled duties for an hour. 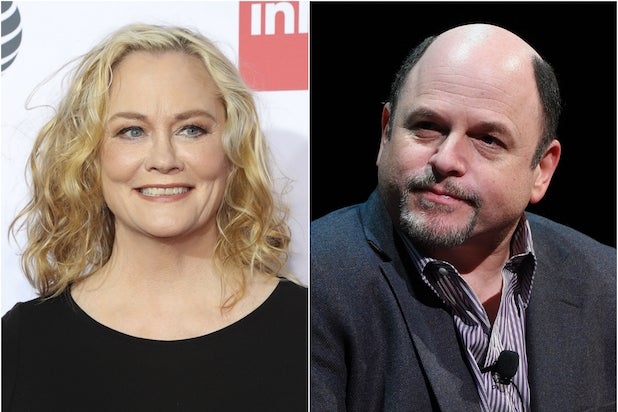 Getty Images
1995: Jason Alexander and Cybill Shepherd Alexander was in the sixth year of the comedy series “Seinfeld,” Shepherd in the first year of her series “Cybill.” One of those shows would go on to be iconic, and the other wouldn't. 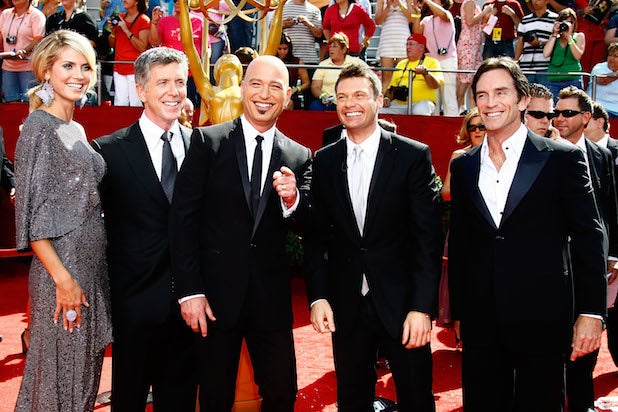 Getty Images
2008: Tom Bergeron, Heidi Klum, Howie Mandel, Jeff Probst and Ryan Seacrest “It sounded like a good idea,” Probst told TheWrap of the ill-fated plan to put the five nominees in the reality-host category in charge of the Emmys. “[We] were supposed to be the best hosts, and yet we did the worst hosting in the history of the Emmys.”
x
Looks like you're enjoying reading