Is there a single acting category in the drama field in which somebody from “The Crown” isn’t favored to not only be nominated, but to win an Emmy? Well, there might be one, though it’s a pretty close call. (Keep reading for details.)

What’s crazy is that in two of the four acting categories, this season of Netflix’s “The Crown” has not only the top contender, but the top two contenders — in other words, the show is so dominant that its biggest rival is itself. That’s not to say that Hulu’s “The Handmaid’s Tale,” HBO’s “Lovecraft Country,” Netflix’s “Bridgerton” and other drama series aren’t strong candidates, only that “The Crown” has a shot at the kind of sweep of the acting categories that hasn’t been pulled off since … well, since last year, when the final season of “Schitt’s Creek” won all four comedy acting categories on Emmy night, and threw in directing, writing and Outstanding Comedy Series to boot.

There’s your bar, “The Crown.” Good luck reaching it. 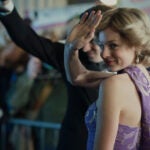 Also Read:
‘The Crown': What Went Into Finding Princess Diana and Margaret Thatcher

(Within each group, potential nominees are listed in order of likelihood.)

Last year’s winner in the category, HBO’s “Succession,” is one of many contenders that aren’t eligible because their 2021 seasons were postponed by the pandemic. “Better Call Saul,” “Killing Eve,” “Ozark” and “Stranger Things” are out of the picture as well, leaving “The Crown,” “The Handmaid’s Tale” and Disney+’s “The Mandalorian” as the only 2020 nominees with a chance to repeat — which is something they all should do.

FX’s “Pose” and NBC’s ”This Is Us” were both nominated in 2019 (in fact, the latter show was nominated in 2017, ’18 and ’19), and their latest seasons (the final one for “Pose”) were well-received enough to put them back in play. From there, it’s a question of which shows will break through for the first time, with “Bridgerton” and “Lovecraft Country” being the obvious choices but Apple TV+’s “The Mosquito Coast,” Disney+’s “The Falcon and the Winter Soldier,” Amazon Prime’s “The Boys,” Starz’s “P-Valley” and HBO’s “Perry Mason” reboot all in play. HBO’s “In Treatment” is an intriguing case: Its first three seasons, which aired between 2008 and 2010, were never nominated for Outstanding Drama Series, but the new version with Uzo Aduba in the main role debuted in the final week of eligibility and had a strong impact at the right time.

Predicted nominees:
“The Crown”
“Bridgerton”
“The Handmaid’s Tale”
“Lovecraft Country”
“The Mandalorian”
“Pose”
“This Is Us”
“In Treatment”

Watch out for: “The Mosquito Coast,” “The Falcon and the Winter Soldier,” “Perry Mason,” “The Boys,” “P-Valley”

OUTSTANDING LEAD ACTOR IN A DRAMA SERIES
Number of nominees: 6

Is this a battle between a pair of Brits playing royalty? Josh O’Connor, who plays Prince Charles in “The Crown,” has been the seeming front-runner for most of the past year, but Regé-Jean Page, the Duke of Hastings in “Bridgerton,” is 2021’s true breakout star. They’re both locks for nominations, and it seems likely that Billy Porter, a past winner who had some of the most affecting moments of the final season of “Pose,” is as well.

From there, the field is a mixture of Emmy vets (Joseph Fiennes, Sterling K. Brown, Matthew Rhys) and actors trying to land their first nomination (Pedro Pascal, Justin Theroux, Anthony Mackie, Jonathan Majors). With only six nomination slots, it’s going to be a tight fit.

Watch out for: Pedro Pascal, “The Mandalorian”; Justin Theroux, “The Mosquito Coast”; Joseph Fiennes, “The Handmaid’s Tale”; Anthony Mackie, “The Falcon and the Winter Soldier”; Forest Whitaker, “Godfather of Harlem”

OUTSTANDING LEAD ACTRESS IN A DRAMA SERIES
Number of nominees: 6

Here’s a category where “The Crown” is hogging the top two spots. Emma Corrin (Princess Diana) and Olivia Colman (Queen Elizabeth) are all but guaranteed to lead the pack, with 12-time nominee Elisabeth Moss right behind for “The Handmaid’s Tale.” Another longtime Emmy favorite, Sarah Paulson, is in the mix with Netflix’s “Ratched,” but the mixed reaction to the show put her on the bubble, perhaps behind Jurnee Smollett and Phoebe Dynevor from “Lovecraft Country” and “Bridgerton,” respectively. And with “In Treatment” coming on strong at the end of the eligibility period, Uzo Aduba has surged into contention at exactly the right time.

Other possibilities include Mandy Moore, a 2019 nominee for “This Is Us”; Mj Rodriguez, whose character came into her own in the final season of “Pose”; Aya Cash for her portrait of villainy in “The Boys”; and Melissa George if “The Mosquito Coast” is getting traction with voters.

Watch out for: Sarah Paulson, “Ratched”; Mandy Moore, “This Is Us”; Mj Rodriguez, “Pose”; Aya Cash, “The Boys”; Melissa George, “The Mosquito Coast” 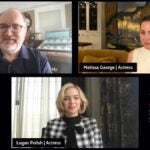 Also Read:
‘The Mosquito Coast’ Star Melissa George Hasn’t Read the Book, But She Did Do ‘a Weird Thing’ to Prepare (Video)

OUTSTANDING SUPPORTING ACTOR IN A DRAMA SERIES
Number of nominees: 8

This is the likeliest category in which “The Crown” could fail to score an acting award — and by “likeliest,” I mean the category in which its top contender is considered a very slight underdog to the undeniable Michael K. Williams for “Lovecraft Country.”

With eight nomination slots, the two supporting drama categories are the biggest Emmy acting categories. That means there’s probably room for a pair of actors from “In Treatment,” which is nothing if not an acting showcase for John Benjamin Hickey and Anthony Ramos; for Giancarlo Esposito to cut through the VFX of “The Mandalorian” with sheer menace; and for Bradley Whitford and John Lithgow to return to the Emmys for “The Handmaid’s Tale” and “Perry Mason,” respectively. The last spot could go to a couple of different actors from “The Falcon and the Winter Soldier,” or a couple from “This Is Us,” or to O-T Fagbenie from “The Handmaid’s Tale” — but “Bridgerton” will likely be getting votes up and down the ballot, which could help Jonathan Bailey.

OUTSTANDING SUPPORTING ACTRESS IN A DRAMA SERIES
Number of nominees: 8

Gillian Anderson is the clear favorite for playing Margaret Thatcher on “The Crown”; Helena Bonham Carter is her biggest competition for playing Princess Margaret on the same show. There’s even a chance that Emerald Fennell will land that series a third nomination for playing Camilla Parker Bowles, though she’s not the lock that her two castmates are.

Then it’s a battle to see who gets to share the category with the women of “The Crown.” And for the most part, that could be the women of “The Handmaid’s Tale,” which sports a trio of likely nominees in Ann Dowd, Yvonne Strahovski and Samira Wiley, and a potential fourth in Madeline Brewer. Assuming that shows other than “The Crown” and “The Handmaid’s Tale” are represented, “Lovecraft Country” has two prime candidates in Wunmi Mosaku and Aunjanue Ellis, while “Bridgerton” has the scene-stealing Nicola Coughlan, “Ratched” has Cynthia Nixon, “Perry Mason” has Tatiana Maslany and “This Is Us” has Susan Kelechi Watson, among others.