There are shows that cast with a healthy sense of acting rotation in mind, and then there is “The Crown.” In other words, people have been conditioned to not get too attached to certain performers, but to absolutely retain that affection for the characters.

The world-renowned Netflix drama about the royal family through decades of societal change and internal conflict recasts its principal roles every two seasons, and while some shows could easily lose momentum employing such a process, “The Crown” has done quite the opposite.

“There always was the ambition to do six seasons,” says Emmy-winning casting director Robert Sterne, “and we were going to do a decade a season. Therefore, we were going to be crossing quite a major time scale for it. We just felt that prosthetics happening time and time again would get in the way of the storytelling. So, we look internationally for the best people for each role, and that the X-Y-Zs of everything all tally up.” 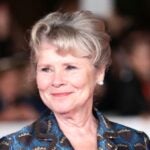 And the conceit has worked quite well, with Oscar-winner Olivia Colman taking the reins from Emmy victor Claire Foy, Tobias Menzies essaying Matt Smith’s Prince Philip, and Helena Bonham Carter’s saucy Princess Margaret a natural extension of Vanessa Kirby’s portrayal. But according to Sterne, it takes quite a bit of fortitude to find the right new faces to blend into the ensemble.

Season 4 introduced the late Princess Diana, one of the most photographed women in history, and it required an actor up to that seismic challenge. The group landed on a young English stage actress with a little more than a passing similitude. “A lot of resemblance was definitely there, and there was a great pleasure to be had in it. But you want to get the best performance you can get. And Emma Corrin was pretty special and extraordinary, you just watched her fly with it. She just came in the room and landed it and we weren’t expecting it to be so brilliant that early point in the process.”

Gillian Anderson’s Prime Minister Thatcher — a controversial British figure — proved to be kismet in much the same way. Says Sterne of the “X-Files” and “The Fall” vet: “She’s so amazing at being transformative and creating different characters. She’s this incredible beauty and it never gets in the way of any performance, and she inhabits everything so completely. And we really did need that with this character, it needed to be kind of actor who could really transform because everybody knows Thatcher over here [in the U.K.] and we knew that [creator Peter Morgan] was going to write a very almighty character too.” 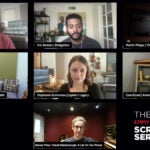 Unlike other performance-based award ceremonies — with the Oscars an especially ripe target for those incensed that casting is not recognized — the efforts of a casting director are actually recognized by the television industry, and Sterne (a four-time Emmy champ for both “The Crown” and “Game of Thrones,” both won with his colleagues Nina Gold and Carla Stronge) is very pleased to have the recognition.

“It’s beginning to change here a bit in the U.K. too with the BAFTAs recently having introduced a casting award,” says Sterne, who won that one as well, except that time for “Chernobyl,” which he also shared with Gold. “I think the thing that people don’t realize [about the job] as well is in putting combinations of people together, it’s not just slotting individuals into individual parts, you also have to ask, ‘what is the dynamic?’ and ‘what happens if you add this other person?’. You have to have a really long, hard think about each.”