The ceremony, which will stream live on Emmys.com beginning at 8:30 a.m. PT, will reveal which of the year’s qualifying series have scored nods to be among the competition for awards in September. Nominations-round voting was completed on Monday.

“It’s been another exceptional year of television with an abundance of remarkable programs and performances,” Scherma said in a statement. “We are thrilled to have J.B. and Melissa on board to help us celebrate the extraordinary shows, producers, storytellers and talent that continue to shape and elevate our dynamic medium.” 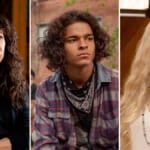 Also Read:
Why Is Summer Such a Bad Time for Shows Competing for Emmys?

Fumero is best known for starring in NBC’s hit series, about a tight-knit and often eccentric group of police officers in Brooklyn’s 99th precinct, alongside Andy Samberg, Stephanie Beatriz, Chelsea Peretti and Andre Braugher. She’ll next be seen in Netflix’s upcoming workplace comedy “Blockbuster,” set in the last existing location of the now-defunct franchise video store, opposite Randall Park and Smoove.

Smoove has numerous credits in shows like “Curb Your Enthusiasm,” “The Last O.G.” and most recently, Hulu’s “Woke” and Amazon’s animated “Fairfax.” He was also in the comedy-mystery series “Mapleworth Murders,” on the short-lived Quibi, which garnered him an Emmy. His film credits include “Spider-Man: Far From Home,” “Spider-Man: No Way Home,” “Date Night,” “Hall Pass,” “The Sitter,” “We Bought a Zoo” and “The Dictator.” 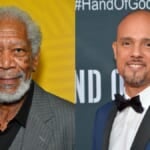