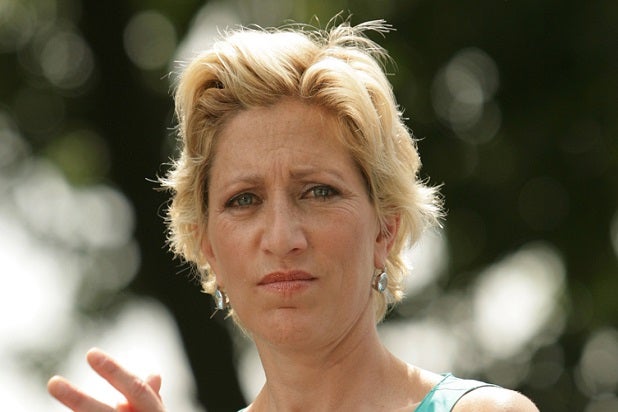 The nominees for the 66th annual Emmy Awards were announced Thursday morning, and while those who didn’t make the cut are left to nurse their wounds, the nominees are expressing their joy and elation.

Read below to read the nominees’ reactions.

Also read: Emmy Voters Round Up the Usual Suspects, Again

Edie Falco, Lead Actress in a Comedy Series, “Nurse Jackie”: “What an exciting way to start the summer! Beyond my wildest dreams — the response we’ve had to our dysfunctional ER and its inhabitants. So thrilled to be recognized by this industry.”

Kevin Spacey, Lead Actor in a Drama Series, “House of Cards”: “I am honored to be included in this years nominations. It’s a dream job, with a remarkable group of talented collaborators. I feel blessed and challenged to tackle our perspective on Washington politics. My congrats to all on the ‘House of Cards’ team, MRC and to Netflix for a great result across the board – 31 nods – not bad for the new kid on the block.”

Mayim Bialik, Supporting Actress in a Comedy Series, “The Big Bang Theory”: “How incredibly humbling to be nominated not only a third time but among a group of such exceptionally talented and critically acclaimed actresses. This is truly proof that among women like this, the third time will NOT be the charm for me!!!”

Matt LeBlanc, Lead Actor in a Comedy Series, “Episodes”: “Wow it’s early … it’s still dark outside but thank you to The Academy! I’m truly honored to represent a project I’m so very proud of. And equally thrilled that our writers Jeffrey Klarik and David Crane were also nominated.”

Allison Janney, Supporting Actress in a Comedy Series, “Mom”; Guest Actress in a Drama Series, “Masters of Sex”: “I couldn’t be more proud and excited to be recognized for being a part of two shows that I think are just spectacular!  I congratulate my ‘Masters of Sex’ husband Beau Bridges and the divine Lizzy Caplan.  And the nomination for ‘Mom’ I share with Anna Faris because we’re a team.  Any recognition for my work is recognition for her as well. Congratulations are also in order for the wonderful Chuck Lorre. I definitely have a spring in my step this morning!”

Beau Willimon, multiple categories, “House of Cards”: “The entire cast, crew and production team is thrilled by our nominations. We all found out while lighting our first set-up of the day here in Maryland, and the news made the set even brighter. It’s an honor to receive so much recognition from our peers in the TV Academy. I’m particularly happy for Kevin and Robin — the two stars which which bring such radiance to our show. And equally excited by all of the nominations for Netflix. They’ve changed the TV landscape and we’re proud to be on their team.”

Chiwetel Ejiofor, Lead Actor in a Miniseries or a Movie, “Dancing on the Edge”: “I am delighted to be recognised by the Emmys for a role in a project that I am incredibly proud of. Working with Stephen Poliakoff and this amazing ensemble cast and getting to play such an extraordinary character was a tremendous experience.”

Steve Buscemi, Guest Actor in a Comedy Series, “Portlandia” Short-Format Nonfiction Program, “Park Bench”: “There are so many great actors doing really inspiring work on television right now and it’s an honor to be recognized among them. I’m also thrilled and appreciative of the support that ‘Park Bench’ has received.”

Jon Voight, Supporting Actor in a Drama Series, “Ray Donovan”: “It’s a very prestigious nomination and I’m very grateful for it. Last night, I watched the first episode of the new season and I’m reminded of the good work from everyone — the writing, the cast. I’m so happy the show will be represented at the Emmys this year. All those people who have been waiting for the new season will see it on Sunday at 9pm, and I think they will have a great ride this year. I’m proud to be a part of this group.”

Billy Crystal, Variety Special, “Billy Crystal: 700 Sundays”: “So happy with these nominations. This breaks my “I can’t believe what happened to Brazil’ funk.”

Julian Fellowes, Drama Series, “Downton Abbey”: “I can hardly believe it. 12 nominations in the 4th year demonstrates such generosity on the part of the Television Academy. We are all amazed, flattered and tremendously grateful.”

Gareth Neame, Drama Series, “Downton Abbey”: “Our experience on ‘Downton’ was that it had a relatively small audience for the first season… it was not a household name in the United States. And it was the huge success we had with the first year at the Emmys that drove so much attention to the show and converted it into a global hit. We’ve seen how the Emmys can really direct attention to a show like ours.”

Michelle Dockery, Lead Actress in Drama Series, “Downton Abbey”: “I am absolutely thrilled to have been nominated again. I am on set today filming series 5 so, Lady Mary has a big grin on her face for a change!”

Jim Carter, Supporting Actor in Drama Series, “Downton Abbey”: “I am very proud of the nominations across the board especially our craft nominations. This shows the incredible hard work behind the scenes that goes in to making the show. And for myself, it’s great news we have equal nominations between above and below stairs, I am so delighted”

Joanne Froggatt, Supporting Actress in a Drama Series, “Downton Abbey”: “I am totally thrilled! To be nominated in the same category as these brilliant actresses is such an honor. I couldn’t be happier. Amazing news!  Thank you so much!”

Seth MacFarlane, multiple categories, “Cosmos”: “Absolutely thrilled about the 12 Emmy noms for ‘Cosmos.’ Congratulations to Ann Druyan, Neil deGrasse Tyson, and the entire team for all their magnificent work. For once, the Parents’ Television Council sent me a gift basket WITHOUT a cobra at the bottom.”