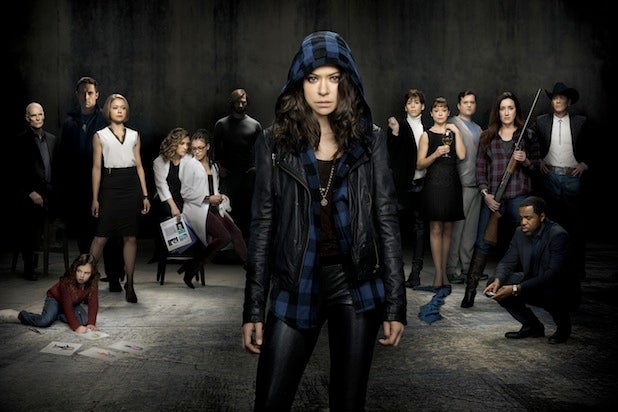 Any “Orphan Black” fans out there think the BBC America show and its star Tatiana Maslany got snubbed by the Academy of Television Arts & Sciences on Thursday?

After beginning a countdown on Wednesday for an #EmmyForMaslany, and eagerly anticipating the nomination ceremony, the show’s Twitter page began reacting to the bad news with an optimistic message for fans.

Then the Twitter page recognized Maslany, who regularly plays a variety of characters in the science-fiction series revolving around a group of clones, for all of her hard work.

Proud of #TatianaMaslany and the entire #OrphanBlack family. Thanks for all the love, #CloneClub. pic.twitter.com/ZMOyAu5WNg

Then the fun began:

@OrphanBlack @GraemeManson1 #CloneClub G and I have craaaazy plans for S3! Can’t wait to unleash them!

And even if the show never gets the Emmy recognition the crew and fans feel it deserves, there’s always Photoshop.