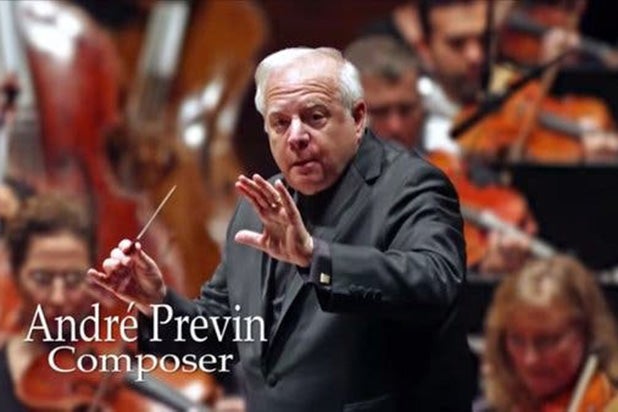 There was a big mix-up during the “In Memoriam” segment at Sunday’s Emmys, with a photo of the very-much-alive conductor Leonard Slatkin used to honor the late composer André Previn.

Previn, a four-time Oscar winner and six-time Emmy nominee, died in February at the age of 89. He worked on dozens of film and TV projects during his career as a jazz and classical composer, including “Gigi,” “Porgy and Bess,” “My Fair Lady” and PBS’ “Previn and the Pittsburgh.”

Slatkin, who is primarily known for his work as a conductor and currently serves as music director of the Detroit Symphony Orchestra, tweeted his response to the mix-up on Monday, noting that “Andre deserved better.”

“I had the opportunity to introduce him when he received the [Kennedy Center Honor] Perhaps he was paying me back for a couple stories I told about him,” he wrote. “Andre, R.I.P.”

Fox and the TV Academy did not immediately return TheWrap’s request for comment.

Did the Emmy Awards In Memoriam just show a photo of the very much alive conductor Leonard Slatkin to honor the late Andre Previn? #Emmys2019 #Emmys #Unbelievable pic.twitter.com/gLyApWEYkM

I saw that @theemmys posted a photo of me "In Memoriam" rather than the intended Andre Previn. Andre deserved better. I had the opportunity to introduce him when he received the @KCHonors. Perhaps he was paying me back for a couple stories I told about him. Andre, R.I.P. pic.twitter.com/MDVX6H0igb

For the record: Due to an editing error, a previous version of this story included an incorrect image of Leonard Slatkin.