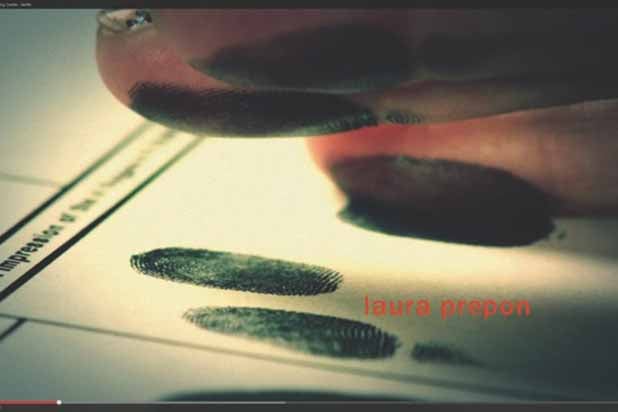 One of the most memorable parts of a series comes at the very beginning, and happens every episode.

“It’s almost like a cover to a book,” said Thomas Cobb, talking about what makes a good title sequence. “It’s really about putting enough information out there to make you want to watch it and continue on with the series.” Cobb, whose TCG Studio has worked on titles for shows including “24” and “Homeland,” also created the title sequence for “Orange Is the New Black.” The Netflix prison drama is one of this year’s Emmy contenders in the Outstanding Main Title Design category.

The powerful “Orange” opening features close-up shots of the eyes of real women who have been imprisoned, interspersed with scenes of handcuffs and fingerprinting. It’s cut in time to Regina Spektor’s driving and tragic “You’ve Got Time,” which she recorded for the series.

But it’s hardly the only evocative opening sequence. Think of your favorite show, and you probably think of the title sequence first: The abstract animation and falling motif of “Mad Men,” the forged steel, rising castles and sweeping navigation of “Game of Thrones,” the perfectly innocent morning routine on “Dexter.” All three shows have won the award.

Title sequences take their inspiration from many places–and not just from the shows they introduce. Sometimes the title creators choose a song. Other times they work with music that the show’s creator loves. They can last 17 seconds (“Breaking Bad”) or a minute and 45 seconds (“Dexter”). They can literally map the world we’re about to enter (“Game of Thrones”), or give us an abstract sense of what we’re about to see.

Showtime’s “Masters of Sex” took the latter approach. The titles, which are also eligible this year, consist of “a sensory of overload of sexual euphemisms,” said Leanne Dare, art director for the studio Elastic. The euphemistic images include a rooster, a slot canyon and someone washing a cucumber.

“We wanted it to be a suggestive piece where you feel kind of dirty watching,” said Dare. Over nearly a year, the studio compiled both stock footage and video that employees shot themselves, including a geyser eruption captured during a trip to Yellowstone. Composer Michael Penn set his theme to the images, said Dare. His score shifts from pumping carnival-organ sounds to a sudden, melancholy denouement.

Rama Allen, nominated for “The Vikings” opening sequence last year, was inspired by research into the Vikings’ religious and cultural practices, as well as the music of a band he loves, Fever Ray. He wanted modern viewers to connect with a culture he says has been “caricatured,” so he made a short film about a universal subject: loss. “By using this vehicle of loss I could have these visitations to family and land and belief and the supernatural,” said Allen, creative director of the design and animation studio The Mill.

Allen, who also worked on the Emmy-nominated sequence for “True Blood,” said one of his favorites this year is the ethereal opening for “True Detective.” “It feels haunted, the way the show does,” Allen said.

So does the creepy introduction of Fox’s “Sleepy Hollow,” which is filled with fog, skittering animals, popup tombstones and, of course, the Headless Horseman.

Justin Owens, Vice President of Broadcast Design for Fox, offered “Sleepy Hollow” and other shows the chance to have the network create their titles. He coordinated a weekend shoot at a burned-out forest in Malibu, then combined the stark images with existing shots of the “Sleepy Hollow”stars. Because deadlines were tight, he sent it all to Prologue Pictures, along with Pinterest images that added to the atmosphere he wanted.

“They had a really great idea of what we were looking for, and then they were able to add their beauty to it and ultimately we went with a concept that they called ‘Duality,”‘ he said. “It was the old ‘Sleepy Hollow’ into the new ‘Sleepy Hollow’ — and all of those things in between that link them, both spiritually and otherwise.”