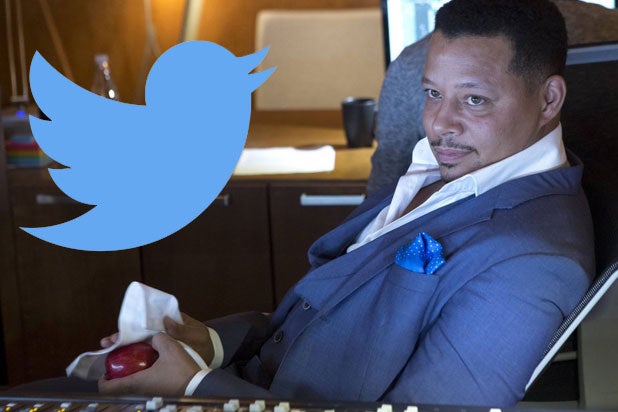 Fox’s “Empire” looks like it may never fall — in the ratings, at least — and the hip-hop soap opera just stole some of “Scandal’s” social media thunder too.

Based on Nielsen Social Guide and Twitter metrics, “Empire” now has the highest average number of tweets per episode during live airings of any broadcast drama this season. The music-centric show took that crown from Kerry Washington‘s fixer drama, which airs Thursday nights on ABC.

To date, “Empire” is averaging 381,770 tweets per episode, topping “Scandal’s” 355,012. Of course, “Scandal” has aired more episodes this season than the Lee Daniels‘-Danny Strong show has, which perhaps weighs the Shonda Rhimes vehicle’s mean figures down a bit.

Last night’s “Empire” episode boasted 714,742 tweets, according to Fox — the series’ most to date.

“‘Empire’ has completely exceeded our expectations on social media this season — it’s just blown us away,” Fox’s Vice President of Social Media Maggie Furlong told TheWrap. “The engagement we’re seeing from fans is absolutely incredible, and it’s all thanks to the amazing writers, producers and cast who have been actively live-tweeting, posting and sharing every week.”