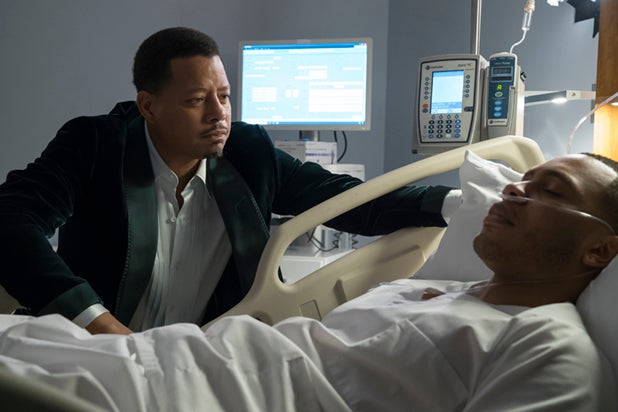 Fox has finally revealed the midseason premiere dates for “Empire” and “Star.”

Both Lee Daniels musical dramas will return from hiatus on March 28, the network announced on Wednesday.

Fox also shared a new teaser for “Empire,” giving a first look at the fate of Terrence Howard’s Lucious Lyon as he’s being held captive by an axe-wielding Demi Moore. “I will slit her throat,” Moore menaces in the clip, presumably talking about Taraji P. Henson’s Cookie.

Also Read: Ratings: 'The Resident' Still Has Life on Night 2

“Empire” is coming off of a production hiatus last fall, which lasted for a few weeks to allow the writers to regroup before beginning on the season’s final nine episodes.