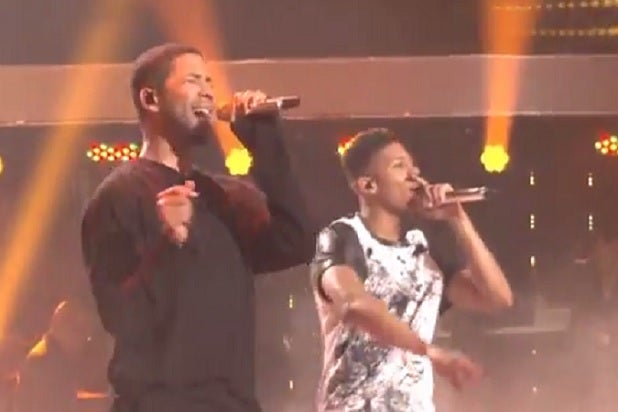 The soundtrack to the Fox hip-hop soap opera beat out Madonna‘s “Rebel Heart” to claim the No. 1 slot on the industry’s main album sales chart, according to Billboard. In doing so, “Empire” becomes the first TV series since fellow Fox hit “Glee” to sit on that impressive pedestal. The “Glee” soundtrack was full of covers, however, while “Empire’s” features original tunes.

As TheWrap reported last week, the “Empire” album was tracking to sell about 125,000 units in its first week, the same as Madonna and better than Luke Bryan‘s “Spring Break … Checkin’ Out.” At the time, while Building Charts placed the officially named “Original Soundtrack From Season 1 of Empire” in third, the theory was that Season 1’s buzzy penultimate episode on Wednesday would boost sales. Theory confirmed.

Per iTunes, “Conquerer,” featuring Estelle and Jussie Smollett, and “You’re So Beautiful,” by Smollett and Yazz, are currently the most popular individual songs purchased from the “Empire” soundtrack.

In the advertiser-sought 18-49 demographic, “Empire” earned a 5.6 fast national rating, slipping one-tenth of a point from the prior week’s series high per the preliminary metric.