With an Oscar nomination and “We Don’t Talk About Bruno” flying up the music charts, “Encanto” was hailed by Disney CEO Bob Chapek on Wednesday as the company’s latest franchise, and he says that Disney+, not theaters, is the reason for it.

“Encanto” was one of several Disney films released first as a theatrically exclusive title this past fall after the box office success of Marvel’s “Shang-Chi and the Legend of the Ten Rings.” With turnout still well below pre-2020 levels because of the pandemic, the film grossed just $94.7 million domestic and $237 million worldwide.

But on Christmas Eve, 30 days after its Thanksgiving weekend opening, “Encanto” was released on Disney+ and became an instant hit, with Disney reporting on its earnings call that it became the fastest title on the service to reach 200 million hours of viewing time by users. 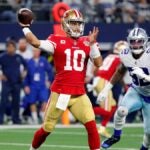 Chapek told investors in an earnings call on Wednesday that while Disney is still committed to releasing big films in theaters, he believes that Disney+ was the “catalyst” for the success of “Encanto” and that “we do not subscribe to the belief that theatrical is the only way to build a Disney franchise.”

Such a mindset is likely the reason why Disney made the decision to pull their next Pixar film, “Turning Red,” from theaters entirely for a Disney+ exclusive release on March 11. The film joins “Soul” and “Luca” as the third straight Pixar film to be released on streaming only, but given the popularity of both of those titles as well as the bump in subscriber growth this past quarter, it seems that Disney is determined to use its animation divisions to get even more eyes on Disney+.

Despite Chapek’s assurances, his comments likely won’t be taken well by movie theater owners, who have been trying to convince studios to keep their biggest titles in theaters. On the animation side, theaters got a bump this holiday season from Universal/Illumination’s “Sing 2,” which became the first animated film to gross over $100 million in North America with just under $140 million grossed so far. 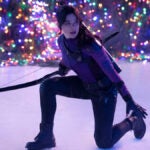 However, that total is roughly half of the $270 million that the first “Sing” grossed, and with “Turning Red” now gone from the theatrical release slate, cinemas won’t have another family film to bring kids and parents in until “Sonic the Hedgehog 2” in April.

As for “Encanto,” the sky’s the limit for what Disney could do with it, though it is likely that the film will get a series of Disney+ shorts in the near future. Such has been the cast for recent Disney Animation and Pixar hits, as “Toy Story 4” and “Soul” yielded streaming short series “Forky Has a Question” and “22 vs. Earth” based on breakout characters from those films. Disney Animation is also working on Disney+ series based on hit films like “Big Hero 6” and “Zootopia” that are due out later this year.