This review of “Encanto” was first published on Nov. 15

Strictly speaking, when it comes to Walt Disney Animation Studio titles, Latin America has appeared as a prime locale in a few instances. The 1940s saw the short features “Saludos Amidos” and “The Three Caballeros,” created in support of the U.S.’s Good Neighbor Policy to “strengthen” relationships with the region fearing the spread of communism. Two decades ago, it served as backdrop for one of the company’s most offbeat releases, “The Emperor’s New Groove,” where the Incas were a mere afterthought. Concerns over authenticity were inexistent. The voice cast featured no Latinos, much less Peruvians.

But now, as the Disneyfication of the globe has expanded in tandem with (and because of) the valid, industry-wide demands for representation in media, these depictions of specific cultures for mass consumption rightfully involve talent from those communities or nationalities. That involvement, however, does not make them infallible, nor does it mean that the participation of those from a given identity is always the most creatively meaningful.

For the flagship operation of the Disney machine’s 60th official animated film, “Encanto,” directors Jared Bush and Byron Howard and co-director Charise Castro Smith take on Colombia as a magical tropical paradise. This visually maximalist fable of familial mishaps, vibrant and cheerful, joins tales set in the South Pacific (“Moana”) and Southeast Asia (“Raya and the Last Dragon”), as well as Pixar’s recent visits to Mexico (“Coco”) and Italy (“Luca”). 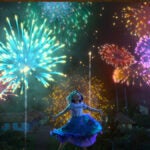 Realized with the expectedly superb yet still imposing craftsmanship of the studio, “Encanto” houses the Madrigal family, a large clan granted a miracle manifested in a luminous candle that saves them and their whole town from violence and displacement. With this unexplained blessing, the children of Madrigal matriarch Abuela Alma (voiced by María Cecilia Botero) also received superhuman abilities.

Fast-forward to the next generation of Madrigals, where we meet Mirabel (Stephanie Beatriz), the bespectacled, curly-haired heroine who, to her relatives’ dismay, did not receive a special gift as a child. The range of her relatives’ powers includes speaking with animals, a command of all flora, or super strength. Teased for not having supernatural aptitudes, Mirabel finds joy in encouraging those around her until being average pays off.

Casa Madrigal, the sentient structure that the family obtained as part of their otherworldly salvation, communicates via moving tiles and windows; think Aladdin’s carpet or the Beast’s castle but even more alive. This animated set, where nearly every scene occurs, is the film’s most strikingly conceived element. Production designers Ian Gooding (“Moana”) and Lorelay Bove dazzle with the details of every room, all of which operate not solely as backdrop but also as movable parts that give the property its personality. The sounds the inanimate objects produce are brilliantly incorporated as percussions into the movie’s soundscape.

But the house is only as strong as the bonds that tie the inhabitants together, and as the flame that keeps Casa Madrigal going begins to fade, Maribel is thought to be the cause. For all its wondrous spectacle of color and music, the busy and frenzied narrative hinges on fuzzy mechanics and a long list of thinly constructed characters who might have benefited from a fine-tuning of the screenplay, resulting in a leaner plot and clearer world-building.

Two other grievances come to mind: First, the fact that Disney should consider reintroducing flesh-and-bone antagonists. Give a rest to the ethereal or mystical forces that have been implemented as substitutes for villains in other recent outings like “Raya” or the incomprehensible “Frozen 2.” Also, in these films (including the glorious “Coco”), Latin American countries are seen only in a pastoral or rural state that perpetuates the myths of underdevelopment that people in the United States associate with these nations. Why not use modern metropolises like Mexico City or Bogotá as part of these portrayals?

The Colombian presence on screen emerges in the carefully selected voice cast of talent native to the country or with heritage from there. Perfectly cast, Beatriz (of Colombian and Bolivian descent) renders Mirabel as curious and kind, not a typically adventurous leader, but one with a healthy but not paralyzing dose of fear. Colombian-American actor John Leguizamo plays Uncle Bruno, who’s critical to the story, while reggaeton star Maluma and Wilmer Valderrama and Diane Guerrero have smaller parts.

What the sheer volume of characters does facilitate is the inclusion of a racially diverse ensemble, with Black Colombians featured with relative prominence — particularly, the most endearing member of the Madrigal family, Antonio (Ravi Cabot-Conyers, “#BlackAF”), whose adventures with a cheetah, a capybara, and a toucan merited more screen time. “Encanto” arrives after the discussion on racism and colorism in the Latino community sparked earlier this year over the lack of dark-skinned individuals in significant roles in “In the Heights.” 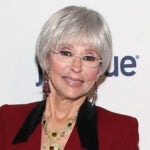 Another entry in the composer-turned-director’s banner year (“tick, tick…Boom!” and “Vivo” being two more), this musical runs on nearly a dozen songs by Lin-Manuel Miranda in his signature style. By design, a key purpose of the tracks is to explicate the inner worlds of supporting characters in a concise and entertaining manner. It’s a mixed bag, with a few headed to become classics. The one performed by Luisa (Jessica Darrow, “Feast of the Seven Fishes”), for example, stands out both lyrically — a lament about how she is appreciated solely for her physical prowess — and for the bombastically hilarious imagery that accompany it.

Links between “Encanto” and Miranda’s “In the Heights” don’t stop with Beatriz, who had a small part in the film adaptation as one of the salon ladies. Olga Merediz, who embodied Abuela Claudia on both stage and screen, performs as Abuela Alma’s singing voice here.

Sung by Carlos Vives, one of Colombia’s most renowned musical artists in the vallenato genre, “Colombia Mi Encanto,” is an energetic if not particularly memorable party anthem that infuses the rhythms of the country more explicitly. Still, the musical highlight comes with “Dos Oruguitas (Two Caterpillars),” a heart-rending ballad performed by pop singer Sebastían Yatra that plays over the film’s most devastating and mature sequence.

This emotional peak confronts Abuela’s choices and her unresolved grief with compassion, bridging her schism with an understanding Mirabel. Turning “Encanto” into a bona-fide tearjerker, this moment of recognition between the sacrifices of the past and for the welfare of the present and future resonates with impact similar to that in the unbearably affecting climax in “Coco.” This is where “Encanto” soars past its imperfections for an instant of that earnest Disney alchemy that’s kept them in business so long. Enchant it does, in ebbs and flows, mostly when relatable human ache peaks through the razzle-dazzle.