On the backs of UFC’s continuing record year, Endeavor beat Wall Street expectations for its third quarter on Monday.

The Ari Emanuel-led company reported revenues of $1.4 billion and an earnings-per-share of 15 cents. Analysts following the stock had expected $1.32 billion and 15 cents EPS. The company reported $63.6 million in net income for the quarter, after taking a $319 million loss during the second quarter.

“We continue to capitalize on the elevated demand for premium content and live events coming out of the pandemic,” remarked Ariel Emanuel, CEO, Endeavor. “Given our unique positioning within the sports and entertainment industry and our ability to leverage powerful secular content trends, we see no signs of this momentum waning through the end of the year.” 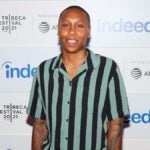 Despite the continued challenges the Delta variant of COVID-19 poses to Endeavor’s main businesses, the company has raised its guidance again slightly for the rest of the year to $4.95 billion, up from $4.80 billion to $4.85 billion.

Owned Sports Properties revenue dipped $10.6 million to $288.5 million, compared to the third quarter of 2020. The decrease was primarily driven by a $25 million contract termination fee last year that did not recur in 2021, as well as more events being held in Q3 2020 than normal, caused by the shifting of events from earlier in 2020 due to the pandemic. Endeavor says this was somewhat offset by UFC’s continued strong year, which the company says is its best nine-month period ever.

Events, Experiences & Rights segment revenue increased $62.1 million, to $446.3 million. The increase was primarily driven by an increase in event and sports media production revenue related to the return of live events with audiences, as well as the addition of the recently acquired NCSA within our IMG Academy business.

Representation segment revenue increased $481.1 million to $664.7 million. This was mostly because last year productions were still shut down.

During the quarter, Endeavor acquired OpenBet, a sports betting platform from Scientific Games, for $1.2 billion. When the deal closes sometime next year, Endeavor will roll that and IMG Arena into a new sports betting operating segment, Emanuel announced during the company’s earnings call with analysts.