Lena Waithe is developing a scripted series based on the acclaimed documentary “Hoop Dreams” for Warner Bros. TV.

“Hoop Dreams” is based on the real-life stories of high school basketball stars Arthur Agee and William Gates, who came of age during the 1990s in Chicago, during the height of the Michael Jordan era. The 1994 documentary was followed up by a book from journalist Ben Joravsky two years later, which included new stories and updates on the pair’s lives.

The drama is part of Waithe’s new first-look TV deal with Warner Bros. She had been previously set up at Amazon. Rishi Rajani will produce new television programming through Waithe’s Hillman Grad for all platforms, including WarnerMedia’s HBO Max, external streaming services, cable, and the five broadcast networks. 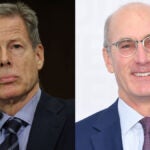 Also Read:
Jeff Bewkes Says AT&T Went to ‘Such a Level of Malpractice’ in Operating HBO

Here is the logline for Waithe’s “Hoop Dreams”:

The proposed series is a coming-of-age drama following two African American teenage boys in 1990s Chicago experiencing the privileges and pitfalls of being high school basketball phenoms at the height of the Jordan era, and the start of high school players turning pro. Through their friendship and rivalry, the boys must learn to empower themselves in a world that considers them commodities before they can legally drive.

Waithe and Rajani will executive produce Hoop Dreams under their Hillman Grad banner along with Scott Huff, David A. Stern, and Colin Callender of Playground Entertainment, and Steve James, Peter Gilbert, and Frederick Marx. “S.W.A.T.” showrunner Aaron Rahsaan Thomas is set to write and executive produce.

“We are excited to work with Hillman Grad, Playground and Warner Bros. Television on adapting ‘Hoop Dreams’ into a scripted television series,” said Steve James, Peter Gilbert, and Frederick Marx. “There’s been quite a bit of interest over the years since the film came out in 1994, but Lena Waithe is the ideal Chicagoan to lead the effort to finally make it happen.” 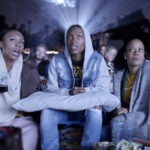 Waithe and Rajani added: “We are thrilled to be joining the WBTVG family and incredibly grateful to Channing, Clancy and the rest of the team for believing in us and supporting our mission to give underrepresented artists a platform. To have our first project together be an adaptation of the seminal documentary ‘Hoop Dream’ is a testament to the ambition of our partnership. ‘Hoop Dreams’ was more than just a documentary, it was a groundbreaking window into a community that was rarely ever seen. It provided a deeply intimate look at two families with hopes of capturing the American dream. Our goal is to continue telling that story with our collaborators at Playground Entertainment and Aaron Rahsaan Thomas as our showrunner. We look forward to bringing the legacy of ‘Hoop Dreams’ back to the screen.”