Former Time Warner chairman, president and CEO Jeff Bewkes said AT&T executives went back on pre-merger promises about how the legacy phone company would handle his HBO, Warner Bros. and CNN. That was the “most disappointing” part of the $85.4 billion mega-deal, one that is about to be unraveled by the pending Discovery-WarnerMedia merger, Bewkes told author James Andrew Miller.

In the new oral history book “Tinderbox: HBO’s Ruthless Pursuit of New Frontiers,” Bewkes said he was assured that following their 2018 merger, AT&T brass “would basically leave our people alone.” That did not happen, he said, according to a Wall Street Journal story on the book, which is not yet available.

“We didn’t think they would go to such a level of malpractice as to not listen to anybody…even though they themselves had no experience in those areas,” Bewkes told Miller. 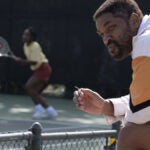 Bewkes did not express regret over the decision to sell to AT&T, however, according to WSJ. (Riddled with government meddling, the merger took years to come to fruition. All the while, Time Warner was fending off a takeover by Rupert Murdoch’s 21st Century Fox.)

Also in the book, John Stankey, who is AT&T’s CEO, defended how his company handed the staff they (basically) bought. AT&T consolidated Time Warner’s cable channels, among other moves that proved to be unpopular with Bewkes, but there was good (financial) reason for that, Stankey said.

“If you are in an acquisition and somebody pays a premium for your stock, by definition it means something has to change,” Stankey told Miller. “If you paid a premium for an operation and you continue to operate it exactly the same way, you never pay back the premium.” 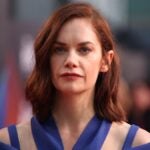 Miller, who has previously penned oral histories on “Saturday Night Live” and ESPN, conducted 757 interviews with more than 600 people for “Tinderbox: HBO’s Ruthless Pursuit of New Frontiers.” The book is due out Nov. 23.

The Discovery-WarnerMedia deal is expected to close in mid-2022. David Zaslav, the longtime boss of Discovery, Inc., will oversee the combined media companies.