If you’re looking for the best movies to watch on HBO Max, you’ve come to the right place. The streaming service has one of the most robust and impressive slates of all the streamers, and that lineup gets even better in November.

Below, we’ve assembled a list of the best new movies on HBO Max this month, to help whittle down the choices as you’re trying to decide which movie to stream. The big new addition in November is the Will Smith starrer “King Richard,” which will be streaming on HBO Max the same day it’s in theaters (but only for those who subscribe to the ad-free plan).

Before Andrew Garfield was Spider-Man, he wowed in the underrated 2011 sci-fi drama “Never Let Me Go.” Based on the novel of the same name by Kazuo Ishiguro, the story revolves around a trio of kids who grow up together in a secluded, strange boarding house, only to discover that their entire purpose is to grow “replacement organs” for other, richer counterparts. The crux of the film is a romantic drama, with Garfield having feelings for characters played by Carey Mulligan and Keira Knightley. The sci-fi is subtle yet impactful, which is no surprise considering the screenplay hails from “Ex Machina” filmmaker Alex Garland. And “Never Let Me Go” is another reminder that director Mark Romanek should be making more movies.

If you’re in the mood for a classic comedy, you can’t go wrong with “Caddyshack.” The raunchy 1980 film chronicles the shenanigans around a golf course, as told from the point of view of a young caddy (Michael O’Keefe). Along the way he encounters a variety of colorful characters. The film helped further launch the careers of “SNL” standouts Chevy Chase and Bill Murray, and is packed with quotable lines and unforgettable gags. Harold Ramis directs from a screenplay he co-wrote with Douglas Kenney and Brian Doyle-Murray.

It’s easy to forget just how influential a film “The Bourne Identity” was, but you’ll be reminded as soon as you put this one on. The 2002 spy thriller stars Matt Damon as a man who’s lost his memory but begins to recover shades of memories from his time as an assassin – which fit right in line with his apparent ability to handle himself in any type of fight or flight situation. The screenplay by Tony Gilroy and William Blake Herro draws upon classic conspiracy thrillers, but it’s the direction by Doug Liman that turns “The Bourne Identity” into a groundbreaking and genre-defying action film, with a style that’s so grounded and visceral you’ll swear you can feel the punches.

If you want to watch a classic – perhaps one you might not have seen before – definitely check out “Thelma & Louise.” This 1991 comedy/drama follows two friends who set out on a road trip that takes them places they never expected, building to one of the most iconic finales in cinematic history. Susan Sarandon and Geena Davis are magnificent in the lead roles, and the film also features Brad Pitt’s eye-popping debut. You also get a great score by Hans Zimmer and a reminder of director Ridley Scott’s versatility when it comes to genre.

The 2013 “X-Men” spinoff “The Wolverine” doesn’t quite reach the highs of its dramatic follow-up “Logan.” But for the most part, director James Mangold’s first stab at the clawed mutant is an enjoyable and emotionally resonant ride. The story takes place after the events of 2006’s “X-Men: The Last Stand” and finds Hugh Jackman’s Wolverine living in self-imposed exile and traveling to Japan, where he reconnects with an old friend and tries to get over the death of Jean Grey. There are some terrific action sequences throughout, and the samurai influence adds a unique touch to this superhero franchise — even if it does build to a disappointingly rote finale.

Arriving on Nov. 19 is “King Richard,” which will also be in theaters on the same day. This drama film stars Will Smith as Richard Williams, the father of Venus and Serena Williams, as it chronicles his quest to train his daughters to become the best tennis players in the world. Awards buzz is strong with this one, especially with regards to Smith’s performance, and it’s already drawing positive reviews. Reinaldo Marcus Green directs from a screenplay by Zach Baylin, but as per Warner Bros.’ 2021 release strategy, this one is only streaming on HBO Max for 31 days before it becomes a theatrical exclusive.

One of Spike Lee’s most commercial films is also one of his best. “Inside Man” from 2006 stars Denzel Washington as an NYPD detective and hostage negotiator who is called in when a mysterious crew strikes a bank heist and takes the customers and employees hostage. Clive Owen plays the thief, who’s clearly hiding something, and the excellent ensemble cast also includes Jodie Foster, Christopher Plummer, Willem Dafoe and Chiwetel Ejiofor. Russell Gewirtz’s screenplay brilliantly opens after the heist, and continues flashing forward throughout the film to add even more tension to the proceedings. Stream it starting Nov. 26. 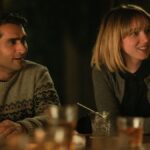