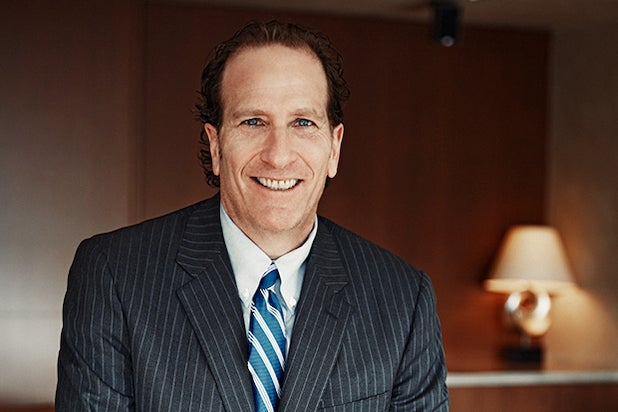 The news of partnering with the former ABC chief comes a month after Endeavor withdrew plans to go public.

Whalerock will be led by its current COO, Anne-Marie O’Neill, who will now become CEO. The Whalerock team will work closely with 160over90, the global creative agency within Endeavor.

“Lloyd is an innovative, creative executive with an innate ability to identify and grow successful businesses for individuals and brands,” Mark Shapiro, president of Endeavor, said in a statement. “In this new role, Lloyd will be charged with harnessing our collective resources to elevate our offerings for clients across entertainment, sports and fashion. Lloyd possesses a rare and unique perspective, having held executive positions at the intersection of talent management, content creation and digital production. I was lucky enough to work with Lloyd while he was at ABC, where I witnessed firsthand his significant expertise and passion for the creative community.”

“Whalerock’s successful track record in strategic consulting and operational design will serve as the ideal complement to 160over90’s capabilities across advertising, branding, experiential, partnerships, PR and communications,” he continued.

“Artists and creators have more influence and power than ever before, and I’m excited to be joining Endeavor in a role that will help our clients best capitalize on all the resources available to them across our network,” Braun said. “These teams are the best in the business, and I’m proud to support their continued growth.”

Endeavor was set to make its stock market debut in September but pulled its IPO a day before it was set to begin trading, then formalized the withdrawal of its plan to go public in an SEC filing last month. At the time, Endeavor said it would “continue to evaluate the timing for the proposed offering.” The company did, however, leave the door open for a future IPO, which it would have to re-submit.

Braun’s Whalerock was founded in 2007 and specializes in strategic consulting and organizational design. Prior to founding Whalerock, Braun was head of Yahoo!’s media group, where he oversaw the company’s media properties. Before that, Braun was co-chairman and ultimately chairman at ABC Entertainment Television Group from 1999 to 2004. He oversaw the series “Lost,” “Desperate Housewives,” “The Bachelor,” “Grey’s Anatomy” and “Jimmy Kimmel Live!,” among others. Prior to ABC, Braun was President of Brillstein-Grey Entertainment for five years, overseeing its motion picture, television and management divisions.

Endeavor, led by Ari Emanuel, is the combination of sports, events, fashion and talent-management IMG and the agency WME. WME purchased IMG in 2014 for $2.3 billion. WME itself was the combination of the legendary William Morris Agency and Endeavor. The new Endeavor purchased the UFC in 2016. It also owns Miss Universe and the Professional Bull Riders tour. In 2017, Endeavor launched Endeavor Content, which it says has financed and/or sold more than 100 films and TV shows in the time that has followed.

THR was first to report the news.