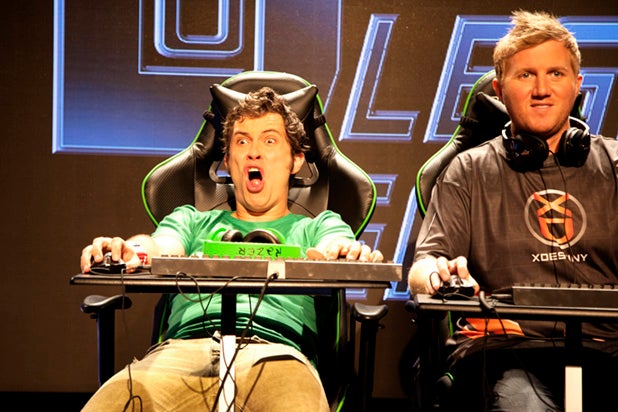 Endemol Beyond USA debuted a new eSports and gaming network on Wednesday.

The network launched with its flagship series “Legends of Gaming,” based on the Endemol Beyond UK series of the same name. YouTube star Toby Turner will serve as host of the 37-episode premiere season.

In addition, Smasher will roll out seven other series, including “Rule’m Sports,” based on the hit UK series and hosted by YouTuber Jesse Wellens.

“eSports is trending globally and we’re excited to be at the tipping point with ‘Legends of Gaming’ hosted by the mega-talented Toby Turner,” says Adrian Sexton, interim president and COO, Endemol Beyond USA. “Our premium networks’ strategy, starting with ICON Network and Michelle Phan and now heading into Smasher with eSports and gaming, puts us right in the middle of one of the most passionate and intense fan bases in digital. Game on!”

The network will be available across more than 20 platforms, including YouTube, Roku, TiVo, DailyMotion, Amazon Fire TV, Verizon go90, Vessel and at Endemol Beyond USA’s own streaming platform GetBeyond.US.

“Rule’m Sports: Offsides”: A companion series to “Rule’m Sports,” Jesse Wellens conspires with celebrity athletes to prank some of their biggest fans.

“We’re In The Game“: An original competition series that fuses video games with the world of physical sports. One part battle of the YouTube stars game show, one part “Wipe Out,” this fun series pits gaming personalities and their teams against each other in real-life versions of popular video games.

“Game Fame”: The first reality series to give fans an inside look at the lives of the world’s most successful professional gamers and gaming personalities. Hosted by a top gaming pro-entrepreneur, “Game Fame” exposes what it’s like to get paid big to game.

“Pro v Pro”: Gaming and sports collide as pro athletes battle it out in video games. From NBA stars to NHL and NFL players, some of the world’s most famous professional athletes go head to head.