Millie Bobby Brown is on the run and going under cover in the heart-pounding new trailer for “Enola Holmes 2,” which dropped Saturday morning as part of Netflix’s Tudum global fan event.

Brown returns alongside Henry Cavill and Helena Bonham Carter for the film, where a major case will take more than one Holmes sibling to solve.

“My name is Enola Holmes,” she says in the new trailer, which you can watch above. “I started a detective agency.”

These words lead to a montage in which several potential clients question Enola’s qualifications: her age, her gender, and if her brother — Sherlock Holmes (Cavill) — will be helping out. 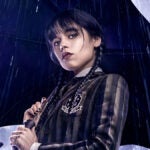 Sherlock, it turns out, is dealing with a particularly frustrating case that he cannot seem to crack.

“While I have not a single case, Sherlock’s latest seems to be vexing him,” Enola says as Cavill furiously kicks a crate and resorts to playing his violin (still somewhat angrily), in an attempt to calm down from the elusive mystery he currently has on his plate.

A young girl approaches Enola and asks if she can help find her sister, who disappeared a week ago.

“At last, I would be a detective in my own right, worthy of the Holmes name,” she triumphantly says, ready to deploy her skills.

The trailer also reveals that Louis Partridge’s Tewkesbury (Enola’s love interest) is also back in action, volunteering to help her tackle the case she’s on.

“I’m trying to save a girl’s life,” Enola tells him.

“What can we do?” he says in response.