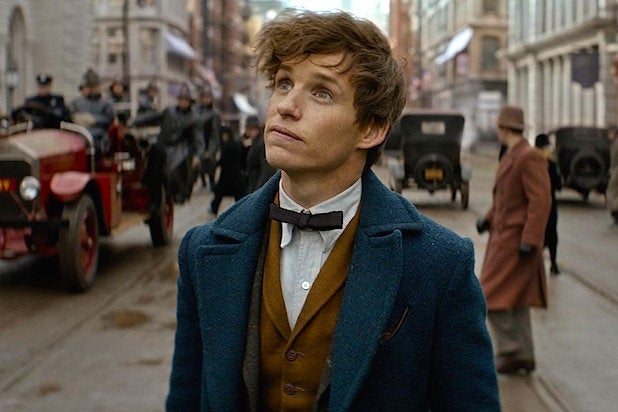 This year was a rough one for iconic celebrities, most newspapers and decades-long sports curses, but it wasn’t bad at all for Wall Street. The Dow Jones industrial average finished the year with a solid 13 percent gain, and several media and entertainment companies got in on the fun.

With another record year at the box office, a continued explosion of prestige TV — and plenty of new places to watch it — and an interminable and insanely unpredictable election season that goosed cable news ratings, it was a pretty good time for entertainment stocks.

But not everyone thrived in the same way. Let’s look at the winners, losers, and who was flat.

Jeff Bewkes’ media conglomerate got a huge boost from an election that spiked CNN’s ratings, and its Warner Bros. studio finished the year strong with tentpoles including “Fantastic Beasts and Where to Find Them.” More relevant to its stock price: As premium content becomes even more valuable as new distribution outlets proliferate, Bewkes engineered an $85 billion sale to AT&T, which acquired DirecTV last year and launched streaming TV service DirecTV Now this month. The deal gave the telecom giant plenty of motivation to lock down marquee brands like CNN and HBO.

Back in 2012, the parent of AMC Theatres was the first Hollywood investment from the man who’s become one of the town’s biggest spenders: Wang Jianlian, the chairman of China’s Dalian Wanda Group. The upscale chain performed well this year behind another record box office. AMC also acquired Europe’s biggest exhibitor, Odeon & UCI, as well as the U.S.’ number-four player, Carmike Cinemas, making it the world’s largest theater chain. The backing of Wang, China’s richest man, and the solid performance of AMC’s stock should allow it to continue aggressive growth plans.

Amazon is producing award-winning prestige TV and movies like “Mozart in the Jungle,” “Transparent” and “Manchester by the Sea” through its Amazon Studios and distributed by it’s Amazon Prime Video, and more than any other major media player, it can afford to continue to take big swings. Its e-commerce business continues to grow — and owner Jeff Bezos’ Washington Post is even profitable — which gives it even more runway to pursue content ambitions. Netflix (whose stock also had a solid year, rising 8 percent,) is currently Amazon’s biggest rival in the streaming video space. But plenty of new entrants like AT&T’s DirecTV Now and a new Hulu internet TV product are about to make that market much more crowded.

Sadly, there were plenty of media and entertainment companies that weren’t able to horn in on this year’s relative bull market.

The “Hunger Games” mini-major studio has suffered behind a slate of films that haven’t exactly roared at the box office, including the $140 million epic “Gods of Egypt,” which sputtered to just $31 million domestically and $151 million worldwide. Its TV division, behind the strength of shows like “Greenleaf” and “The Ultimate Fighter,” has carried the weight, but not enough to turn the stock around. In June, Lionsgate agreed to buy premium cable network Starz for $4.4 billion in a long-speculated deal that’s yet another combination of a content producer and distributor.

Viacom Inc. was down 15 percent

Sumner Redstone presided over a revolving door at Viacom, with CEO Philippe Dauman pushed out in August — but not before collecting an estimated $72 million golden parachute. However, Viacom’s cable networks, including MTV, Comedy Central and Nickelodeon, are struggling to adapt to the age of skinny bundles, and Redstone nixed a sale of a minority interest in Paramount Pictures, which is on pace to place last of the Big Six studios by market share for the fifth consecutive year. The deal could have generated more than $4 billion in after-tax income for Viacom. Redstone also said no to a reunion with thriving broadcast network CBS.

Disney’s film studio had its best year ever, and with more than $7 billion globally, the best year of any studio ever. However, cable networks (mainly sports juggernaut ESPN) made up more than half Disney’s profit over the last year, and ESPN has gone from more than 100 million subscribers in 2011 to less than 90 million today as it adapts to cord-cutting and skinny bundles. That’s put pressure on the stock, although recent moves like its $1 billion investment in streaming video technology company BAMTech — which CEO Bob Iger said will be used to launch an over-the-top, streaming ESPN product — may help position it better for the internet-ization of TV, and possibly even please Wall Street.