For the first time since they shared the screen on NBC hospital drama “ER,” Eriq La Salle and Gloria Reuben are teaming up as co-stars. The two star in Hallmark’s “A Second Chance at Love,” alongside Alvina August and Jarod Joseph, Hallmark announced Wednesday.

The actors will play divorced parents Jack (La Salle) and Brenda (Reuben) to daughter Alicia (August), and in-laws to Alicia’s husband, Arnold (Joseph). According to a logline from Hallmark, the younger couple’s marriage is “picture perfect, however, there is something amiss.” While Arnold is ready to expand their brood, Alicia has been hesitant. “Rather than face the problem head on, Alicia, the self-proclaimed ‘love doctor,’ immerses herself in her divorced parents Jack (La Salle) and Brenda’s (Reuben) dating affairs by setting them each up on a blind date dating app,” per the network.

“I’m excited to work with Hallmark again and reunite with Gloria,” La Salle said in a statement. 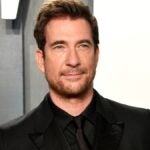 Reuben said in a statement: “It’s wonderful to join the Hallmark family and to reunite with Eriq after so many years, especially in a completely different genre of storytelling!”

La Salle and Reuben played love interests on “ER.” Reuben played Jeanie Boulet, whom La Salle’s Dr. Peter Benton hired to help with his mother’s care. The two ended up having an affair (Boulet was married at the time).

“We are so excited to reunite Eriq and Gloria in this all-new movie. With 20 years passed since they last appeared on the screen together, this heartwarming romcom will showcase their undeniable chemistry – a treat for viewers ready to see this television reunion. I’m looking forward to it and I know so many ER fans are, too,” Lisa Hamilton Daly EVP, of programming for Crown Media Family Networks, said in a statement. 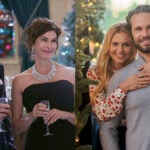 Also Read:
How Hallmark Channel Is Using Nostalgic Stunt Casting to Bring the Whole Family Home for the Holiday Movies

“A Second Chance at Love” hails from NGN Productions. Kimberley Wakefield, Jacob Nasser, Joseph Nasser, Danial Nasser, Danny Webber and Jack Nasser are executive producers. Tara Cowell-Plain is a producer on the film. Alfons Adetuyi is directing from a script by Chad Quinn.

Production on the film just began and the new original movie will premiere Saturday, March 26, at 8 p.m. ET on Hallmark Channel.