Eric Boehlert, whose media criticism has appeared in “Salon,” “Daily Kos,” and “Media Matters for America,” has died. He was 57.

Boehlert lost his life Monday night after he was struck by a train while riding his bicycle in Montclair, New Jersey, his wife confirmed to The Sun.

Salon confirmed the news of Boehlert’s death Wednesday on Twitter.

“We are devastated by the loss of esteemed journalist and former @Salon senior writer, Eric Boehlert,” a tweet from the outlet said. “Our condolences to Eric’s family and friends during this difficult time. His passing is a huge loss to media criticism and progressive journalism.”

“Just got crushing news from Tracy Breslin, wife of @EricBoehlert https://pressrun.media Has died in a bike accident, age 57,” O’Brien wrote. “Adored his kids Jane and Ben, his dogs, biking and running and basketball and good friends, a fierce and fearless defender of the truth.”

“A terrible loss. We’ve lost an awesome human being, handsome/cool/witty dude who kicked ass on our behalf. Crazy devotion to facts, context and good reporting,” O’Brien continued. “Enemy of BS, fake news. ‘We can’t mend this American mess if we don’t fix the press.’ Deep condolences to his family.”

Boehlert most recently founded Press Run Newsletter on Substack, which he established with the aim to produce “unfiltered, passionate, and proudly progressive critique of the political press in the age of Trump.” The thrice-weekly newsletter, which was reader-supported, contained ​​“original media commentary, analysis, and reporting.” 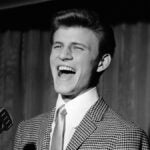 He began his career as a staff writer covering music for “Billboard” and “Rolling Stone.” He went on to pursue media coverage at “Salon” where he moved up to senior writer. He spent 10 years as a senior fellow at Media Matters for America, and his media criticism was also featured in the Daily Kos.

Boehlert wrote the books “Lapdogs: How The Press Rolled Over For Bush,” and “Bloggers on the Bus: How The Internet Changed Politics and the Press.”

He is survived by his wife Tracy Breslin and two children, Ben and Jane.