Bobby Rydell, the pop singer and actor best known for his role as Hugo Peabody in the 1963 film “Bye Bye Birdie,” died Tuesday, a spokesperson confirmed to Philadelphia’s WPVI-TV. He was 79.

According to a statement posted to Rydell’s official Facebook page, the Philadelphia native died at Jefferson Hospital in his hometown from pneumonia complications unrelated to COVID. He was days away from celebrating his 80th birthday. Rydell remained active up until his death, and was scheduled to perform at The Golden Nugget in Atlantic City in June.

Typifying the “teen idol” sensation of the 1950s and pre-British invasion the early ’60s, Rydell made a name for himself with his first hit song, 1959’s “Kissin’ Time.” That year, he signed with Cameo/Parkway Records. Other popular tunes from this era of his career included “We Got Love, “Little Bitty Girl,” “Swingin’ School,” and “Ding-a-Ling.” Hit song “Wild One” reached the No. 2 spot on the Billboard Hot 100, while his cover of “Volare” landed at No. 4. 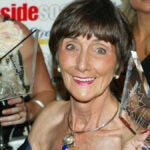 In 1963, the same year he released Top 20 hits “Wildwood Days” and “Forget Him,” Rydell landed a lead role in George Sidney’s definitive adaptation of the 1950s satirical musical “Bye Bye Birdie.” Rydell was cast as Hugo Peabody, the jealous boyfriend of Kim McAfee and a superfan of the Elvis Presley stand-in Conrad Birdie who wins a contest to meet him before he’s drafted to the war. The film also starred Ann-Margret, Dick Van Dyke and Janet Leigh.

Rydell recalled in a 2020 interview that Hugo was not originally intended to have such a large role.

“I go see the play, and I’m looking at Hugo Peabody, and he doesn’t sing, there are no lines, there’s no dancing, he just stood there,” he said. “But, when I go out to start filming, Mr. Sidney saw some kind of magic between Ann-Margaret and myself, and every day that I went back to Columbia Studios, my script got bigger, and bigger, and bigger. More dialogue, more singing, more dancing. And I’m not a movie star by any stretch of the imagination, but if I had to be in one picture, it’s a classic, such as Grease. And I’m really happy to be involved with something that was that wonderful.”

After signing with Capitol Records in 1964, his career as a hitmaker began to cool down. Still, he remained a popular nightclub act throughout his life and released music until the late 1970s, such as the popular 1977 disco track “Sway.” 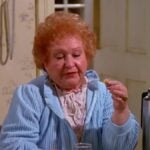 Born Robert Louis Ridarelli on April 26, 1942, he began honing his performing chops at a young age. When he was seven, he appeared in area nightclubs and later won amateur TV competition “Teen Club.” Alongside Frankie Avalon, he sang and played the drums in their band Rocco and the Saints. Later in life, he would continue performing with Avalon and Philadelphia native Fabian.

In 1978, another hit teen musical set in the 1950s – “Grease” – named the film’s fictional high school after Rydell. Reflecting on this moment, he later said, “It was so nice to know that the high school [in ‘Grease’] was named after me. And I said, ‘Why me?’ It could have been Anka High, Presley High, Everly High, Fabian High, Avalon High. And they came up with Rydell High, and once again, total honor.”

He co-authored the biography, “Bobby Rydell: Teen Idol on the Rocks: A Tale of Second Chances” with Allan Slutsky in 2016. The book detailed Bobby’s struggles with alcoholism and depression in the wake of his first wife’s death, as well as the double organ transplant he received in 2012.

Rydell is survived by his wife, Linda J. Hoffman; son Robert Ridarelli; daughter Jennifer Dulin and five grandchildren. According to his Facebook page, Rydell requested that mourners commemorate his life by becoming an organ donor and donating to the Gift of Life foundation.