Eric Weinberg, an Emmy-nominated Hollywood writer and co-executive producer on “Scrubs” and “Californication,” was arrested Thursday on multiple sexual assault charges for rapes dating back to 2012 and possibly much earlier, the LAPD said.

According to an arrest report, Weinberg approached young women in grocery stores, coffee shops and other public places, saying he was a photographer who wanted to set up photo shoots. Once the women came to his Los Feliz residence, he would sexually assault them at some point during the process, police said.

Reps for Weinberg did not immediately respond to requests for comment Thursday. The report identifies him as a “serial assault suspect” and are asking for additional potential victims to come forward. 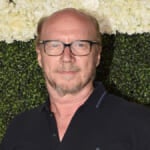 Weinberg was an executive producer, co-executive producer or consulting producer on 10 high-profile TV shows dating back to 2005, including “Veronica’s Closet” and Charlie Sheen’s post-meltdown show “Anger Management” from 2013-2014. He was a writer on that show, as well as several others – including “Scrubs” and Bill Maher’s “Politically Incorrect,” both of which Weinberg was Emmy-nominated for. He collected five nominations from 1995-2006 but did not win.

“Crash” director Paul Haggis has denied wrongdoing in a rape reported by a British woman during an Italian film festival earlier this summer. The 30-year-old woman says she was raped repeatedly over multiple days; Haggis says the encounter was consensual and that the woman’s statement “seemed rehearsed.”

A Santa Barbara judge recently dismissed all charges against “Atomic Blonde” and “Extraction” producer David Guillod, accused by “Ted” actress Jessica Barth of a 2012 attack and another incident involving an unnamed waitress who said she was raped in 2018. The case was tossed because the proper jurisdiction couldn’t be determined and has been referred back to Los Angeles prosecutors. 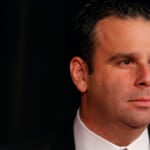 And a lengthy Los Angeles Times report accused B-movie producer Randall Emmett of “sketchy” and abusive behavior that included setting up a sex-for-roles arrangement with a young actress. He has not been charged with any crimes, and his publicist methodically denied all accusations of wrongdoing.