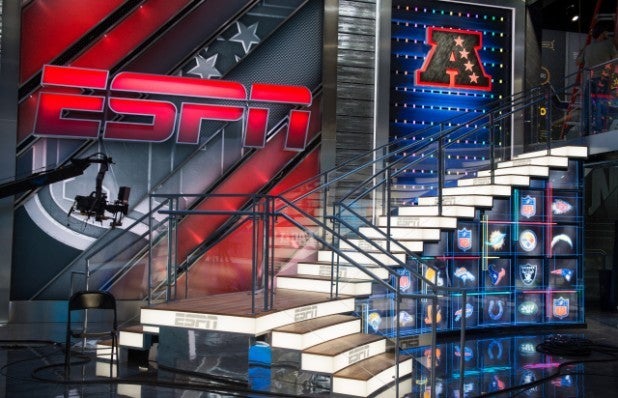 No highlights here: ESPN plans to lay off a number of its on-air talent.

While the looming cuts will come from across-the-board and throughout the Disney-owned sports brand, they will only affect the talking heads you’ve seen on TV. In other words, behind-the-scenes staffers should not worry for their jobs today.

“We have long been about serving fans and innovating to create the best content for them,” the company said in a statement. “Today’s fans consume content in many different ways and we are in a continuous process of adapting to change and improving what we do. Inevitably that has consequences for how we utilize our talent. We are confident that ESPN will continue to have a roster of talent that is unequaled in sports.”

The list of affected employees is still being finalized, TheWrap has learned. That could take a while, as ESPN boasts more than 1,000 people that would fall under its somewhat broad “on-air” heading, including occasional reporters. The layoffs should be completed by the end of June.

To fill in the newly created gaps, ESPN plans to utilize its surviving talent across additional platforms and shows. Yes, more so than it does already.

ESPN is likely to first cut those whose contracts are ending soon, though theoretically any of the qualified talent is fair game. One prominent on-air personality theorized to TheWrap that it will probably not be any of the channel’s biggest names getting their walking papers.

As millennials have entered adulthood, the John Skipper-run “Worldwide Leader in Sports” has been losing subscribers seemingly by the boatload. In other words, Cord-cutting = cost-cutting.

In Fall 2015, as a result of the revenue loss, expensive ESPN laid off about 300 staff members. The company had another major round of pink-slippings two years’ earlier.

It’s also been losing top talent lately: Mike Tirico, Bill Simmons, Keith Olbermann, Skip Bayless and Colin Cowherd are just a handful of those that have left recently for one reason or another. By summer, they should be among even greater numbers.