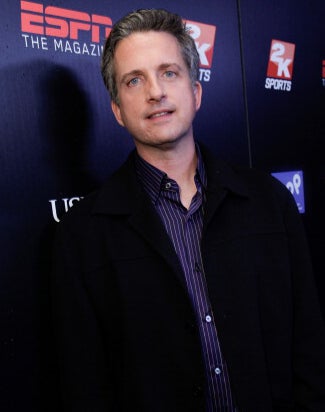 The only thing more competitive than professional athletes may be the people who cover them.

In a recent interview with Sports Illustrated’s Richard Deitsch, ESPN’s Bill Simmons had quite a bit to say about upstart network Fox Sports 1, formerly the Speed network — even though he questioned why he’d be asked anything at all given the network’s slow ratings start.

Simmons summed up his feelings on the still-new competitor, asking the media reporter, “Why are we even talking about them?”

After denying unrelated allegations over his involvement in Magic Johnson’s exit from the Worldwide Leader, the Grantland editor-in-chief spoke FS1:

“Fox Sports 1 talked a big game before they launched and deserved a little ribbing. Remember, they were posing for magazine covers, trying to steal ESPN people, bragging about having ‘fun’ and taking veiled shots at us.”

He continued, “Meanwhile, the NBA previews I did with Jalen [Rose] for Grantland Channel would be their highest-rated show right now. When they can come up with a show that can out-rate me and Jalen wearing the same clothes for six straight hours on YouTube, get back to me.”

ESPN had previously told TheWrap that they’re not sweating the new entry into their field.

“As we’ve said all along, we’ve had competition before and we’ll have competition again,” Mark Gross, ESPN senior vice president and executive producer, Production told TheWrap. “We control and focus on what we do and let others worry about themselves.”