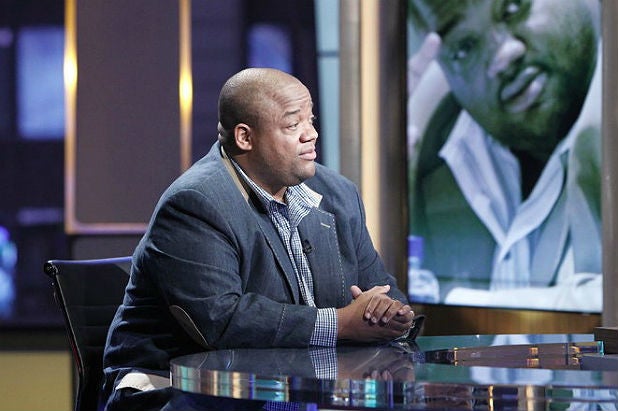 Jason Whitlock’s role as the head of ESPN’s The Undefeated has ended before it even really began.

The journalist has exited as editor-in-chief of the website that focuses on the intersection of race and sports, ESPN announced in a statement on Friday.

Whitlock will be replaced on an interim basis by Leon r, formerly of the New York Daily News and ESPNNewYork.com, who will assume all day-to-day management of the site’s editorial processes and personnel.

Built largely around Whitlock and his brand, The Undefeated was first announced in Aug. 2013 and is currently “coming summer 2015,” according to its landing page. There are five features on the site, including two written by Whitlock, who has long been a leading voice on race issues.

“Jason Whitlock is just going to be used more to his strengths and let the editors and managers do their thing,” a person with knowledge of the situation told TheWrap. “It was a mutual decision — Jason is smart enough to know his strengths.”

The insider went on to say that the delay of the site, which has been dubbed “the black Grantland,” could not be sugarcoated: “It has taken longer than it should to launch a site, but that means they [ESPN] want to get it 100-percent right and start off with best possible way of succeeding.”

The management shuffle at The Undefeated comes a little over a month after ESPN and Grantland editor-in-chief Bill Simmons ended their tumultuous relationship. Grantland, which Simmons started in 2011, has continued with award-winning journalist Chris Connelly being named as interim editor-in-chief.

Both Grantland and The Undefeated are part of ESPN’s Exit 31, the umbrella content unit also responsible for ESPN Films and Nate Silver’s FiveThirtyEight, which is overseen by Marie Donoghue, ESPN Executive Vice President for Global Strategy and Original Content.

Read the full statement from ESPN regarding The Undefeated below.

As we continue to move forward in the process of creating The Undefeated – a new ESPN site focusing on race and sports – we have collectively decided to make some structural adjustments that will maximize the skill sets and strengths of our team, leading to the best possible output for the site and for all of ESPN. To that end, Jason Whitlock will now be entirely focused on what he does best: creating distinctive and compelling content, which will live across various ESPN platforms. Jason’s thought-provoking perspective has always been a hallmark of his work and this will allow him to completely devote his time and energy to that. As a result, he will make significant contributions to multiple ESPN entities and programs. Since returning to ESPN, Jason has been instrumental in assembling the foundation of a strong editorial team, formulating the vision for the project and collaborating with our digital product team to develop the blueprint for the site.

Leon Carter – an experienced leader in journalism who officially joined the site in January after leading staffs at the New York Daily News and ESPNNewYork.com – will assume all day-to-day management of the site’s editorial processes and personnel on an interim basis.