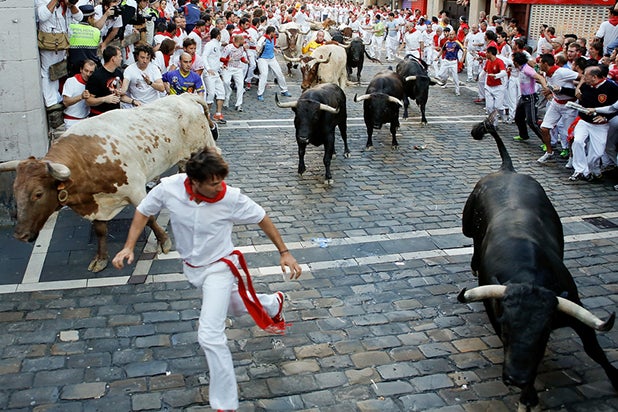 Esquire Network has set “Running of the Bulls 2014,” an eight-night coverage of the annual sporting event in Pamplona, Spain, as its first-ever live TV event.

Staring on Monday, July 7 at 2 a.m., Guad Venegas of Telemundo’s “Al Rojo Vivo con María Celeste” will host each night of live coverage from Spain, offering exclusive commentary and interviews with participants and spectators from the event.

Confirmed interviews include Joe Distler, the infamous “Iron Man of Pamplona,” who has done the Run every year from 1967 to 2012; and John Hemingway, the grandson of Ernest Hemingway, who helped romanticize and popularize the Running of the Bulls in “The Sun Also Rises.”

“Running of the Bulls 2014” is produced by Wilshire Studios, a division of NBCUniversal Cable Entertainment.