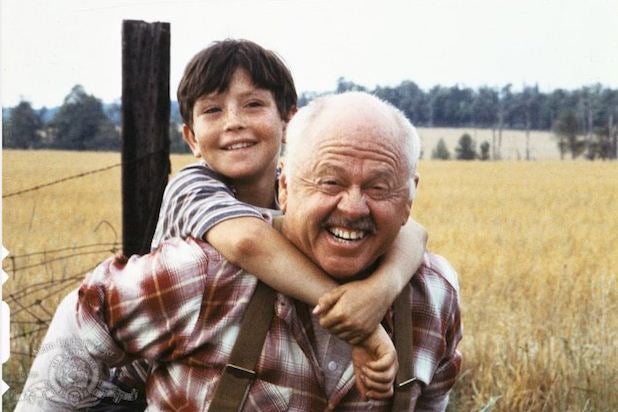 Stephen Sondheim never wrote a version of “I’m Still Here” for a man to sing, but if he had, it would have been Mickey Rooney‘s signature tune. The song about surviving vaudeville, bread lines, Hollywood and old age has been performed by any number of seasoned Broadway ladies, but this testament to endurance applies to Rooney, who went from child performer to teen star to out-of-work actor to show business legend over the course of almost a century on Earth.

Born Joe Yule, Jr., on September 20, 1920, Rooney found his way to the spotlight quickly; his parents, both vaudeville performers, brought him out for his stage debut at the age of 15 months. (Shades of another show-biz dues song, “Born in a Trunk,” which was originally sung by his dear friend Judy Garland.) Quickly, he became a key part of the family act, which involved singing, dancing, telling jokes and even doing impersonations. Then he turned six, and made his film debut playing a midget in a silent short film.

Between 1927 and 1933, he starred in a series of two-reel comedies based on the newspaper comics character Mickey McGuire, and that’s where he got his name, legally changing it to Mickey Rooney in 1932. MGM signed him in 1934, but Rooney’s first major splash on the big screen would happen when he was loaned out to Warner Bros., where he memorably played the sprite Puck in Max Reinhardt’s legendary adaptation of Shakespeare’s “A Midsummer Night’s Dream” (1935).

It was at MGM, however, where Rooney made the films that would make him the nation’s top box-office attraction for three years running, playing all-American teenager Andy Hardy in 15 films, and starring in musicals opposite Garland; the former Joe Yule and Frances Gumm, lifers both, became one of the screen’s greatest song-and-dance teams, turning films like “Babes in Arms” and “Girl Crazy” into classics.

Rooney’s star power at MGM allowed him non-musical opportunities as well, from the title characters in “Young Tom Edison” and “The Adventures of Huckleberry Finn” to a scene-stealing supporting role as a wiseacre hoodlum opposite Spencer Tracy’s tough but compassionate priest in “Boys Town.”

In 1938, he and Deanna Durbin shared a special Oscar “[f]or their significant contribution in bringing to the screen the spirit and personification of youth, and as juvenile players setting a high standard of ability and achievement.” Forty-five years later, the Academy presented Rooney an honorary award “[i]n recognition of his 50 years of versatility in a variety of memorable film performances.” In between, he received four Oscar nominations, for “The Human Comedy” (arguably his finest dramatic performance), “Babes in Arms,” “The Bold and the Brave” and “The Black Stallion.”

After serving in World War II, where he was honored with several medals including the Bronze Star, Rooney severed ties with MGM in 1948. His career entered something of a slump — the actor reportedly once noted, “You know what a legend is? A man looking for a job” — but there were still many more memorable performances to come, mostly on the small screen.

His standout television work included roles as an egomaniacal funnyman in “The Comedian” on “Playhouse 90” (1957), two memorable St. Nicks (he would ultimately voice the character four times) in the classic animated specials “Santa Claus Is Comin’ to Town” (1970) and “The Year Without a Santa Claus” (1974), and an Emmy-winning turn as an intellectually disabled senior citizen in “Bill” (1981).

Rooney also returned to the stage later in life to great success, making his Broadway debut in 1979 in the musical “Sugar Babies” (in which he toured with fellow MGM vet Ann Miller), a show that paid homage to the vaudeville tradition that was such a key part of Rooney’s background.

Rooney flirted with controversy and scandal over the course of his life: He married eight times and went bankrupt more than once. He played a grotesque Asian caricature in “Breakfast at Tiffany’s.” (Although to be fair, yellowface is a long-standing Hollywood embarrassment that includes screen legends from Lon Chaney and Myrna Loy to Katharine Hepburn and Marlon Brando.) He made some objectionable comments about gays and the poor. He protested the Christmas-themed horror film “Silent Night, Deadly Night” in 1984, but then seven years later signed on to star in “Silent Night, Deadly Night 5: The Toy-Maker.”

Ultimately, however, none of that diminishes an extraordinary career long enough to have encompassed silent films, Carmen Miranda, live TV drama and the “A Night at the Museum” franchise. This was the kind of show business life that could only have been lived in the tumultuous 20th century, and for all of his ups and downs, Rooney had the kind of diverse, ever-evolving career that we will never see again in American pop culture.

Rooney once wrote a memoir entitled “Life Is Too Short,” but as someone who kept working to the end — even at 93, he was still working on the third “Museum” film, among other projects — he managed to get as much out of that life as possible.