“The producers of ‘Footloose’ were at a restaurant, and they ran into Steven Spielberg and they asked him who cast this movie, and rather than saying my boss — I did the movie with him — he said me,” Liroff said at TheWrap’s Breaking Into the Business event on Wednesday night.

Liroff was then brought on to cast the 1984 movie that launched the career of Kevin Bacon. She would go on to cast such films as “St. Elmo’s Fire,” “Pretty in Pink,” “The Iron Giant,” “The Spitfire Grill,” “Untamed Heart” and “Mean Girls.” 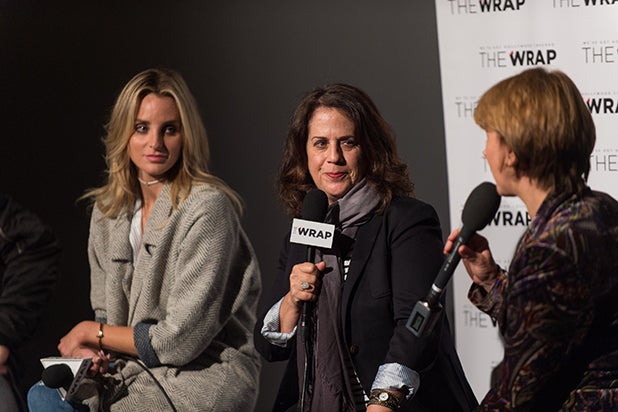 “At that point I realized, ‘Hey I can do this on my own,'” she said. Liroff went on to establish her own casting company, Marci Liroff Casting in 1983.

Liroff said she also owes a debt to the “E.T.” producers who recognized her work on the project and fought to give her credit, against her boss’s wishes.

“The producers of ‘E.T.’ gave me on-screen billing, which I hadn’t been getting. I was there for five years, casting all these movies and not getting actual billing,” she said of her time working at Fenton-Feinberg Casting. “They asked my boss to give me billing, and he said no. But they went ahead and did it anyway.”

“That put me on the map,” she said. “That’s Kathleen Kennedy and Frank Marshall.”

Liroff shared her experience with college students at TheWrap’s “Breaking Into the Business Live,” held in partnership with the ArtCenter College of Design. Sponsored by IMAX, the event is a part of the larger CollegeWrap initiative that seeks to empower a new generation looking for their first big industry break.