“Euphoria” season 2 went out with a bang. Once again, the latest episode (which was also the Season 2 finale) drew a series-high viewership across all platforms.

HBO said that the drama series is now the network’s second most-watched series after “Game of Thrones.”

On Sunday, 6.6 million viewers tuned in for episode eight, titled “All My Life, My Heart Has Yearned for a Thing I Cannot Name.” That number is 30% above episode 7’s same-day viewership and over five times higher than the same-day viewership for the Season 1 finale.

“Euphoria” returned from its two-and-a-half year hiatus last month. The premiere drew 2.4 million same-day viewers, which doubled its prior record of 1.2 million for the show’s Season 1 finale in August of 2019. 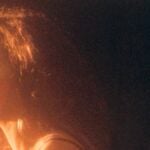 “Euphoria” has been the top title on HBO Max since Season 2 premiered. The show has continued to beat viewership records each week, even hitting a series-high on Super Bowl Sunday (which has now been quashed by the latest numbers).

The show’s social reaction also remained strong throughout the season. On Twitter, there have been 34 million tweets about “Euphoria,” making it the most tweeted show of the decade so far, according to the social media site.

Much like every other production trying to film over the past year and a half, “Euphoria” faced significant delays in shooting its second season due to the COVID-19 pandemic and lockdown and quarantine mandates. Two “Euphoria” specials aired in December 2020 and January 2021.

The Zendaya-led series has already been renewed for Season 3.