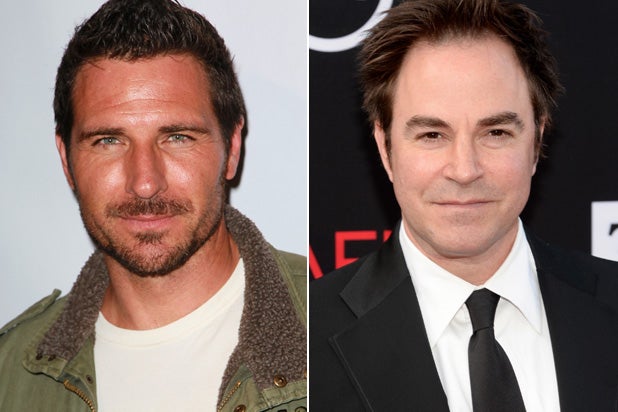 The dating scene is steaming up on “The Exes.”

Ed Quinn and Roger Bart are guest starring on the Feb. 12 episode of the TV Land comedy, TheWrap has learned.

Just in time for Valentine’s Day, the actors will play single brothers with very different tastes in partners. Quinn will play a pilot and potential love interest for Holly (Kristen Johnston). Meanwhile, Bart’s character has a crush on… Haskell (Wayne Knight)! All four will somehow end up on a double date.

Quinn previously played Nathan Stark for three seasons on Syfy’s “Eureka.” He has also appeared on ABC’s “Castle,” HBO’s “True Blood” and the Syfy TV movie, “The 12 Disasters of Christmas.”

Bart played the recurring role of Mason Treadwell, a writer and one of Emily’s (Emily VanCamp) targets on Season 1 and 2 of ABC’s “Revenge.” He has also starred on “Desperate Housewives” and USA’s “Political Animals.”

Currently on “The Exes,” Leah Remini guest stars as Stuart’s (David Alan Basche) opinionated sister, Nicki. She throws everyone else’s lives out of balance as she tries to start a new life for herself in Manhattan. The sitcom currently airs Wednesdays at 10/9c. It also stars Donald Faison and Kelly Stables.

This past summer, “The Exes” saw a 21 percent increase in total viewers and its highest ratings among TV Land’s key demographic, Adults 25-54, for its third and current season.