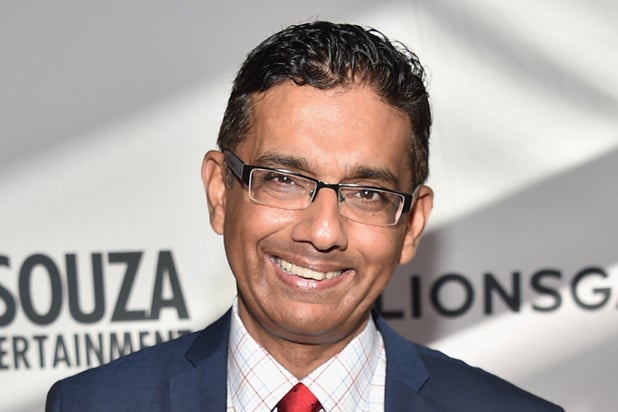 Conservative filmmaker, professional troll and convicted felon Dinesh D’Souza riled up Twitter on Tuesday with a few tasteless tweets mocking the teenage survivors of the school shooting in Parkland, Florida.

When Florida lawmakers voted down a ban on assault weapons less than a week after 17 people were killed at Marjory Stoneman Douglas High School, D’Souza gleefully shared a photo of the survivors’ horrified reactions with the caption “Worst news since their parents told them to get summer jobs.”

Predictably, D’Souza was met with swift condemnation from those objecting to the mockery of survivors of a mass shooting. He was met with a flurry of tweets referring to him as a “trash human being,” a “human dung beetle” and “jailbird little creep.”

“Let it never be said that Dinesh does not actively root for the death of children,” wrote journalist Jonathan M. Katz.

D’Souza was even denounced by the Conservative Political Action Conference (CPAC), an annual event at which he’s been a featured speaker  several times.

On Valentine’s Day, 17 people were killed and at least 14 more were injured when a gunman opened fire on Stoneman Douglas. The suspect was later identified by law enforcement officials as Nikolas Cruz, a former student expelled for disciplinary reasons.

Survivors of the shooting have since taken up the mantle as gun control advocates, with 100 students scheduled to meet lawmakers in Tallahasee on Wednesday, and a March for Our Lives protest scheduled to take place in Washington D.C. next month.

I support 2A and gun rights. This jailbird little creep is beneath contempt. No words. None. https://t.co/zpCgpbrw0O

You're a trash human being. https://t.co/HP5UYqSpRY

In his defence, Dinesh is a human dung beetle who finds it very difficult to be a decent person. https://t.co/MXSKrqHb5n

I try and be good about not yelling holy shit about every bad thing I see on here but…holy shit https://t.co/3QoiBYtooj

Let it never be said that Dinesh does not actively root for the death of children. https://t.co/DJ35OffzaF

how subhuman do you have to be https://t.co/Xixz561Xuz

Imagine lacking even the most microscopic shred of humanity. https://t.co/YRv7fjqG4w

This easily wins most tasteless tweet of the year. We've lost our humanity. https://t.co/wqUUX6C2mZ

good lord, what is wrong with you. They just saw their classmates killed. https://t.co/4fRRtqXxm8

Their friends are dead you heartless fuck. pic.twitter.com/FU0p4CO7HO

Hey Rafael, this is #FakeNews. @DineshDSouza is not a speaker at #CPAC2018. You are seeing an archived speaker profile and we are taking down his archived picture. His comments are indefensible. https://t.co/k5mhN639JI