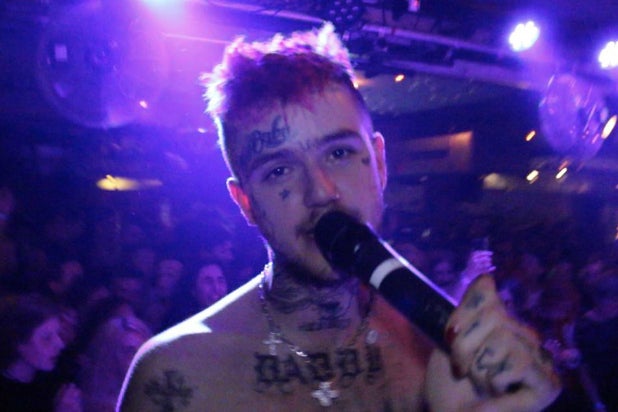 To his friends and family, Gustav Elijah Ahr was a sensitive, soft-spoken kid who brought joy to those around him and looked after them. To his fans, Gustav was better known as Lil Peep, a rapper and singer who found a following on Soundcloud and, within a few short years, was playing to sold-out crowds.

Unfortunately, his life would take a too-familiar turn in 2017 when the performer was found unresponsive on his tour bus. Forget 27, the age of many a rockstar who died in an eerily similar fashion — Lil Peep had barely crossed his 21st birthday when he died of an accidental overdose.

For much of “Everybody’s Everything,” Sebastian Jones and Ramez Silyan’s documentary on Lil Peep, the focus is on his life, from his restless childhood growing up in Long Beach, New York, to drifting into music and quick stardom. Compiling many hours of home movies and interviews, Jones and Silyan follow Lil Peep’s rocket-like trajectory to fame mostly in chronological order. His grandfather reads selections from some of the many letters he sent his grandson, and his sage advice runs through the documentary like a voice-over narration.

Even though Lil Peep’s songs, impromptu interviews, and social media posts feature in the documentary fairly prominently, he comes off as an enigma. Who he was remains a semi-veiled mystery, a contradictory figure who prominently tattooed his face but would feel self-conscious about people’s stares. It’s as if the documentary is a wake, a chance for people to swap stories and memories while the subject is lying in a coffin in the next room.

The documentary takes on a tragic tone with its somber interview style and accompanying music by Fall Out Boy’s Patrick Stump: Even when former classmates or family members talk about Lil Peep’s childhood, there’s a sadness in the way they’ve been forced into referring to him in the past tense.

Not long after Lil Peep began posting his music to Soundcloud, he and a friend moved to Los Angeles, where he connected with the music scene and found other kindred spirits. Constantly skirting homelessness or running out of gas money, he organized his friends into a collective who could share rent and play gigs together. Eventually, it became obvious Lil Peep was the star of the show. The documentary interviews a number of his collaborators and contemporaries from this time to get a sense of these rough-and-tumble days. There are also a number of scenes from concerts that were the “you had to be there” kind of shows that made Lil Peep the main attraction.

Just as quickly, practically in just a matter of a few months, there are shots of the artist snorting coke, stumbling onto the stage, and a photograph of a sink red from blood. During one particularly difficult concert, Lil Peep sways because he’s struggling to stand and looks down as if trying to find his balance. He slips off into a trance in the first song, even as record label representatives are in the audience and the crowd is singing loud enough to fill in the words he’s forgetting. Eventually, Lil Peep rallies and saves the show from cancellation, but even this episode wasn’t enough for someone to intervene.

There are a few macabre moments at the end of the documentary that threaten the reverent tone of the rest of the movie. The 911 recording of Lil Peep’s tour manager calling for help plays over photos of the paramedics who couldn’t revive Lil Peep that night, his body on the floor of the tour bus with CPR paddles still attached and his mother crying by her son’s head. There are also a few stray moments that feel unnecessary like a performer angrily rebuffing accusations that he had anything to do with Lil Peep’s death. They’re as obtrusive as someone disrupting a funeral.

If the documentary starts to feel like a blur, that’s exactly how a member of Lil Peep’s entourage describes the experience of living beside someone who rose and fell so quickly. He wrote angry songs about his father, who left his family when he was young, but he also wrote tenderly about love and wanting to do better. Influenced by his grandfather’s leftist background, Lil Peep wanted to take capitalism out of the music industry, often giving away many of his clothes and taking care of his friends financially.

“I just want to be everybody’s everything…” he began one emotional Instagram post, and as “Everybody’s Everything” mournfully shows, he was indeed that person for a great many people.