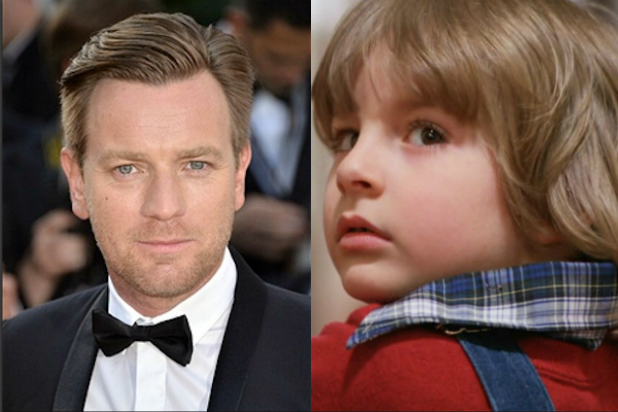 Ewan McGregor will star as a grown up Danny Torrance in Warner Bros.’ adaptation of “Doctor Sleep,” Stephen King’s sequel to “The Shining,” an individual with knowledge of the project told TheWrap on Wednesday.

In “Doctor Sleep,” Danny Torrance is in his 40s, struggling with  demons and alcoholism, just like his father. King published “Doctor Sleep” in 2013 as a sequel to his 1977 bestseller “The Shining.”

Most recently, King’s novel “It” was adapted into a movie, with its sequel on the way. Paramount also recently picked the directors for their new iteration of his novel “Pet Sematary,” with filmmakers Kevin Kölsch and Dennis Widmyer attached to the project. “Castle Rock,” the new Hulu Original drama series based on King’s stories, is also set for release this summer.

Stanley Kubrick directed the original adaptation of “The Shining,” which starred Jack Nicholson and Shelley Duvall. Danny Lloyd played the young Danny Torrance. It is now considered one of the greatest horror classics of all time.

McGregor will next be seen in Disney’s “Christopher Robin,” in which he plays the titular character. He was most recently seen in “T2  Trainspotting” as well as “Beauty and the Beast.”

He is represented by UTA, Narrative and Yakety Yak.