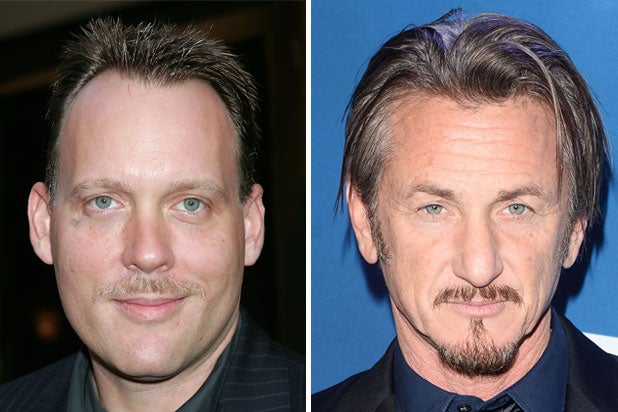 Former Rolling Stone contributing editor Evan Wright says Sean Penn‘s recent interview with Joaquín “El Chapo” Guzmán is symptomatic of a magazine in “decline,” and that it felt to him like Penn was “doing the ‘Tropic Thunder’ version of a Hunter S. Thompson story.”

Wright is best known as the author of “Generation Kill,” which was based on a series of articles Wright penned for the magazine and for which he earned the National Magazine Award. He was active with the publication from 2000 to 2005, and remained on the masthead for years following.

TheWrap reached out to him to talk about the state of Rolling Stone since it had to retract a story about a purported gang rape on the University of Virginia campus. Rolling Stone has received lots of buzz, but also lots of criticism, for publishing a story based on Penn’s clandestine chat with the drug lord. His meeting led to El Chapo’s arrest after police tailed the movie star to their meeting location.

Also Read: El Chapo Is No Tony Soprano: 4 Things You Should Know

TheWrap: How does a decision like this make Rolling Stone look, to the journalism community and readers at large?

Evan Wright: Reporters have a right and duty to interview whoever they can, however they can. For reporters who question, “Wh?” — we can’t get into the business of working for and reporting to governments. We already live with the superstition that [the media] are spies. It’s s responsibility to do what he did as a journalist.

You would call Sean Penn a journalist?

Yes, he’s a journalist. We have to give him that. My understanding of the First Amendment is that we don’t license and accredit journalists. Anybody is a journalist who declares himself or herself as such. And he’s published as a journalist. But we do learn some interesting things in this piece. We learn that Penn doesn’t know how to use a laptop — what kind of journalist doesn’t know how to use a laptop? Who wrote the article? Did he dictate it? Also, in the story, there are all these references to him staying at the St. Regis and using his “LA-based assistant” to send a car for him at the airport. I don’t know any journalists that are self-financed. Penn says he also didn’t get paid. Maybe it’s the envy in me.

But what of the magazine? Is this an edgy decision or a desperate one?

As a publisher, Jann Wenner has hit gold because he has a reporter who will work for free. That’s a dream. The reality is, based on what I know as a former contributing editor, this is an ongoing symptom of the fact that magazines can’t finance reporters anymore. Jann used to have a fleet of contributing editors who were paid a set amount every year to write a certain number of stories. They would risk bodily harm among a number of other things to get reporting — and to my knowledge Rolling Stone can’t afford that anymore. So they’ve turned to a free journalist —  and it’s like wearing a hat on a hat because you have Sean Penn who [is] a celebrity. It’s part of the decline, that’s for sure.

Meaning the decline of the publication?

If this article appeared inside an otherwise robust and healthy Rolling Stone, I think it would be cooler — but this is apparently their biggest piece of journalism since the UVA story. But the other part of it, from Jann’s perspective, is it sort of makes sense. Sean Penn is doing an impersonation of Hunter S. Thompson in this article. Hunter S. Thompson in drag … I think Thompson was grandiose, he used hyperbole, he issued strong opinons, but he was funny. I don’t think Penn understands how to make fun of himself — it’s tedious.

“I took some comfort in a unique aspect of El Chapo’s reputation among the heads of drug cartels in Mexico: that, unlike many of his counterparts who engage in gratuitous kidnapping and murder, El Chapo is a businessman first, and only resorts to violence when he deems it advantageous to himself or his business interests.”

This is one of Sean Penn‘s great, unintentionally funny sentences. Think of it. How comforting is a person who “only resorts to violence when he deems it advantageous to himself.” This is practically the definition of every violent sociopath I’ve ever profiled. But Penn seems so seduced by his own adventure he spews out howlers like this. It’s like he’s doing the ‘Tropic Thunder’ version of a Hunter S. Thompson story.