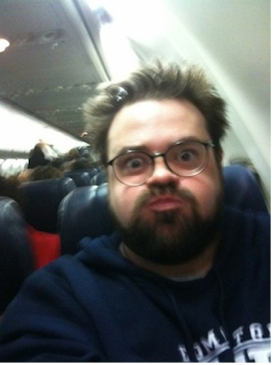 News from Silent Bob, the man who lately made SouthWest Airlines tremble with his mere thumbs.

Filmmaker Kevin Smith writes WaxWord that he has desperately been trying to help Bob and Harvey Weinstein close the deal to buy Miramax. "I’ve sweetened the Weinstein’s offer to buy Miramax back," he writes.  "All day yesterday and just now this morning, I’ve been throwing Tweets and large artwork at the Mouse to up the ante, but they’ve not responded."

Smith is a Weinstein diehard, who has been following the MIramax sale closely. The brothers bravely backed Smith in making such lasting cultural oddities …landmarks… movies as "Clerks," "Mallrats," and "Chasing Amy." He has been Twittering (@thatkevinsmith) to his million-plus followers about the deal – offernig Mickey Mouse paintings, for example.

The deal is in the midst of pitched negotiations since the Weinsteins were granted an exclusive window through the weekend to try and close the deal.

Here is what Smith has offered in the past few hours, via Twitter:

The Weinsteins had last offered $600 million in cash, to those who are following this process. They need to come up with a bit more to beat out their rivals, Alec and Tom Gores, and David Bergstein.

Now they have the mighty Silent Bob on their side. He concludes: "Please inform the Disney cabal that I’m super-serious.  They’d look awesome in any exec’s office."