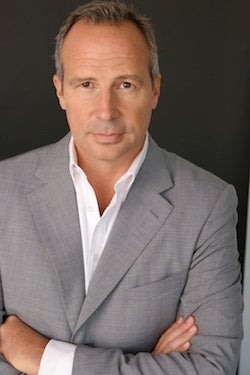 Nellie Andreeva leaving The Hollywood Reporter is not the only departure you can expect this week.

I have been told by two knowledgeable individuals that Eric Mika, the publisher, will be shown the door this week, along with several sales people.

Richard Beckman, CEO of e5 Global Media which owns the Reporter, emailed that he "won’t comment."

Mika could not immediately be reached Monday.

It’s a tough week over at the Reporter, where the newsroom is still reeling from the news – denied by Beckman – that Deadline editor Nikki Finke was offered the job of editor-in-chief at an awe-inspiring salary of $450,000 a year (see previous). The thought of her managing a newsroom was terror-inducing among reporters and editors there, I am told.

(Personally, I choose to believe Beckman. But Finke says she was offered the job in January, by one of his bosses. Beckman did not take the job until mid-January.)

As for Mika, the THR publisher has in fact been a dead-executive-walking for months, informed by the new owners that they would be seeking a dramatic change in direction from the time they bought the place, along with AdWeek, MediaWeek, BrandWeek and Billboard for $70 million.

The word on the street has been that THR will become a print weekly, fed by a news-oriented website.

A new strategy must be welcome at the trade which has been losing readership by the thousands, and advertising revenue by the millions.

But THR desperately, and I do mean desperately, needs to show that it has a team of people who can execute that new strategy.

And with no publisher and an uncertain future for the editor, that’s a tough place to be.

Finke Speaks: On Fighting With Penske and THR