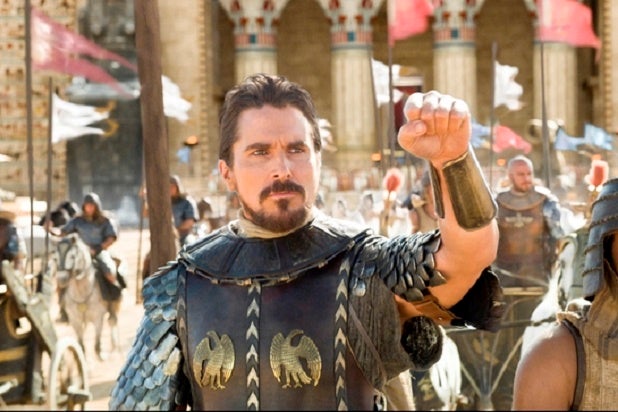 Gulf News, a daily English-language newspaper published from Dubai, reports that the UAE’s authority in charge of approving films will not allow it to release in the country due to “mistakes” regarding Islam and other religions found in the movie.

“This movie is under our review and we found that there are many mistakes not only about Islam but other religions too. So, we will not release it in the UAE,” director of Media Content Tracking at the National Media Council, Juma Obeid Al Leem, told the newspaper.

There was no further comment from the Council. A representative for “Exodus” studio 20th Century Fox didn’t immediately respond to TheWrap’s request for comment.

Previously, Egypt and reportedly Morocco also decided not to release the film. Egyptian authorities cited “historical inaccuracies.” It’s not clear why the Moroccan Cinema Centre (CCM) banned theaters from showing the film in its country. Relatively, the Arab world represents a tiny market when it comes to global market.

Directed by Scott, “Exodus: Gods and Kings” follows the exodus of the Hebrews from Egypt as led by Moses (Christian Bale) and told in the Bible’s Book of Exodus.

“Exodus: Gods and Kings” opened in North America on Dec. 12 and earned $8.7 million on its opening day. The film topped the box office during its opening weekend with $24.5 million.