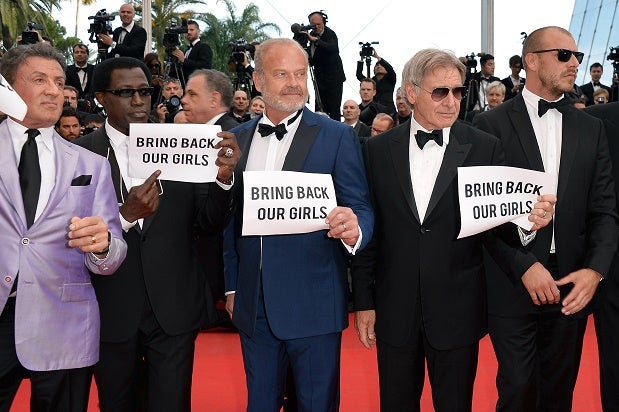 The bad-ass old guys of “The Expendables 3” took a moment from the films and fun at Cannes to join the effort to “Bring Back Our Girls,” a reference to the more than 250 Nigerian schoolgirls abducted a month ago.

Earlier, Salma Hayek held up a similar placard as she hit the Croisette to promote her new film “The Prophet.”

“The Expendables,” a Lionsgate Entertainment project that’s scheduled to open in the U.S. on August 15, isn’t an official selection at the festival. But that didn’t stop the over-the-hill gang from showing up to do some promo work. Subtlety not being a big part of “The Expendables” brand, they arrived in tanks.