Facebook on Friday said former President Donald Trump — whom the company hit with an indefinite ban back in January after hundreds of his supporters stormed the U.S. Capitol — will be suspended from the platform for two years.

“Given the gravity of the circumstances that led to Mr. Trump’s suspension, we believe his actions constituted a severe violation of our rules which merit the highest penalty available under the new enforcement protocols,” Facebook VP Nick Clegg said in a blog post.

Trump’s suspension will lift on January 7, 2023 — but Clegg said that is also dependent on a few factors. Clegg said Facebook will “look to experts to assess whether the risk to public safety has receded” by the time Trump’s suspension is set to be lifted. The company will also evaluate several “external factors,” Clegg said, “including instances of violence, restrictions on peaceful assembly and other markers of civil unrest,” when making its decision. 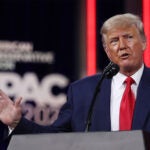 Trump did not immediately respond to the news of his two-year suspension.

Trump has been off Facebook since Jan. 7, one day after the deadly riot at the U.S. Capitol. At the time, Facebook CEO Mark Zuckerberg said Trump was booted for using the platform “to incite violent insurrection against a democratically elected government.” The risk of leaving him on Facebook, Zuckerberg added, was “simply too great.”

The indefinite ban also applied to Instagram, which Facebook owns. Trump had a combined 56 million followers across the two platforms at the time he was banned. (Trump was also permanently banned from Twitter in January.)

Facebook’s decision on Friday comes after the company’s “Oversight Board” — an independent 20-person team that weighs in on its censorship decisions — determined last month the company was “justified” in suspending Trump, but that it needed to give him a set time for his suspension; indefinite bans weren’t supported by the company’s rules, the Oversight Board ruled.

Trump launched a new blog in May to stay connected with his fans, following his exile from Facebook and Twitter. But earlier this week, and after only one month of operating the blog, Trump decided to shut it down.

When Trump’s Facebook suspension eventually lifts, Clegg said there will be a “strict set of rapidly escalating sanctions that will be triggered if Mr. Trump commits further violations in [the] future, up to and including permanent removal of his pages and accounts.” 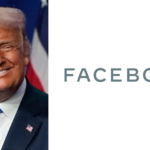