Nearly half of American adults get their news from Facebook, according to a new survey by BuzzFeed News and Ipsos Public Affairs. But more than half of those who do are skeptical about what they read on the social media platform.

Among the respondents who said Facebook is a news source, 54 percent said they trust news on their feed “only a little” or “not at all.” 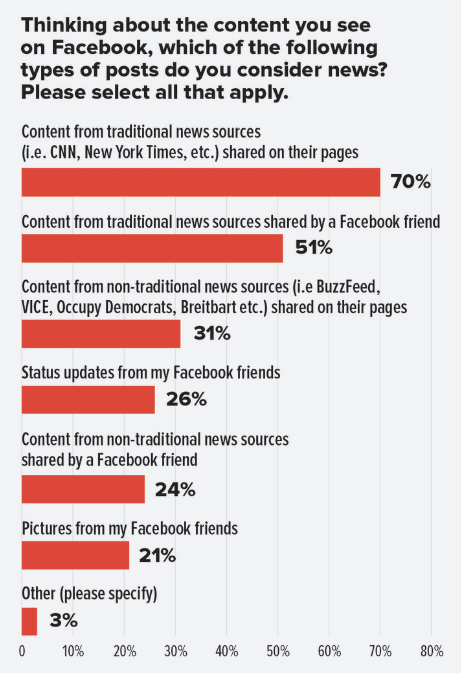 Respondents also weighed in on how important various factors are when determining the trustworthiness of news on Facebook. Eighty-three percent said the news source was very or somewhat important, which was the highest response.

“There have been claims that it swayed the election, and we don’t think it swayed the election,” Sandberg said. “But we take that responsibility really seriously. And we’re looking at things, like working with third parties, helping to label false news, doing the things we can do to make it clearer what’s a hoax on Facebook.”

Back in November, Facebook CEO Mark Zuckerberg outlined his plan to fight the spread of fake news on the platform. Zuckerberg initially downplayed the criticisms that fake news being spread on his social media site could have contributed significantly to swaying the 2016 presidential election, but later made concessions to the contrary.