Facebook is seeking the recusal of FTC Chairwoman Lina Khan, a prominent critic of Big Tech, from the agency’s deliberations on whether to file a new antitrust lawsuit against the company.

“Chair Khan has consistently made public statements not only accusing Facebook of conduct that merits disapproval but specifically expressing her belief that the conduct meets the elements of an antitrust offense,” Facebook said in a formal petition on Wednesday.

The company added: “When a new commissioner has already drawn factual and legal conclusions and deemed the target a lawbreaker, due process requires that individual to recuse herself.”

The FTC did not immediately respond to TheWrap’s request for comment. 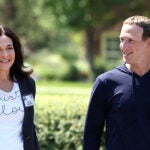 Facebook’s petition comes just a few weeks after the FTC’s antitrust lawsuit against the social network was dismissed. The FTC, alongside more than 40 state attorneys general, sued Facebook in late 2020, claiming it not only has a social network monopoly, but that it has maintained that position primarily through its acquisitions of Instagram and WhatsApp. But according to the U.S. District Court of Washington, D.C., the agency’s case was “legally insufficient” and had to be thrown out. The FTC was given 30 days from the judge’s ruling on June 28 to file an amended lawsuit against Facebook.

Considering most recusal requests have been unsuccessful in recent years, Facebook may not get its wish here. But it’s easy to see why the company is at least giving it a shot. Khan, who was recently appointed head of the FTC by President Joe Biden, first made a name for herself while in law school back in 2017, when she penned a well-circulated takedown of Amazon. (And coincidentally, Amazon last month requested Khan recuse herself from reviewing its purchase of MGM Studios.)

For more details on the ongoing Facebook-FTC feud, click here.