Facebook made “inaccurate” and “misleading claims” when it blocked academic researchers from studying political ads on its platform, according to the FTC. The FTC’s criticism marks the latest round in an ongoing battle between the two sides, after the FTC recently had its antitrust lawsuit against the social network dismissed.

Here’s what just happened: Facebook on Tuesday shut down the accounts of New York University researchers looking at the company’s ads. Facebook said it had to block their access in order to stay “in line” with a privacy agreement it had in place with the FTC. Company spokesperson Joe Osborne later walked back that excuse to Wired, saying Facebook’s consent decree was not the reason it blocked the researchers’ account. Still, the FTC wasn’t happy with Facebook, saying its initial claim was bogus.

Samuel Levine, the FTC’s acting director for the Bureau of Consumer Protection, told Facebook CEO Mark Zuckerberg as much in a letter obtained by The Washington Post on Thursday. 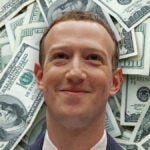 “Had you honored your commitment to contact us in advance, we would have pointed out that the consent decree does not bar Facebook from creating exceptions for good-faith research in the public interest,” Levine said. “While I appreciate that Facebook has now corrected the record, I am disappointed by how your company has conducted itself in this matter.”

Levine added: “The FTC received no notice that Facebook would be publicly invoking our consent decree to justify terminating academic research earlier this week.”

The latest back-and-forth adds another chapter to the contentious FTC-Facebook relationship. A couple years back, Facebook paid a record $5 billion fine to settle an FTC probe into its user privacy policies. The FTC then sued Facebook last December, claiming it not only has a social network monopoly, but that it has maintained that position primarily through its acquisitions of Instagram and WhatsApp; Facebook bought Instagram for $1 billion in 2012, and two years later, paid $19 billion for WhatsApp. (Both deals were approved by the FTC.)

That case was thrown out in June, though, for being “legally insufficient.” The FTC now has until Aug. 19 to file an amended antitrust lawsuit against Facebook.