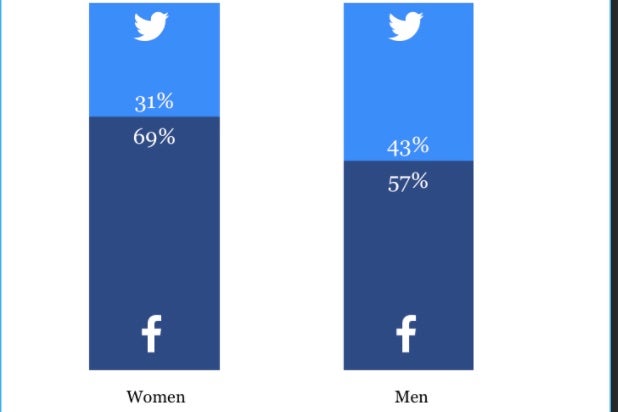 In a new Survata.com survey released early to TheWrap on Monday, 1,555 people who use both Facebook and Twitter were polled. Results found that 69 percent of women and 57 percent of men would opt for Facebook rather than Twitter if left to choose between the two social giants.

The younger crowd ired closer to the side of Twitter: For age 13-17, the two reached a virtual statistical tie, 50.7 percent for Twitter to 49.3 percent for Facebook.