Marvel’s first two series for Disney+ are in the books with Wanda Maximoff (Elizabeth Olsen) fully taking on her Scarlet Witch persona from the comics and Sam Wilson (Anthony Mackie) becoming the Star-Spangled Man. While Marvel Studios boss Kevin Feige was very upfront that “WandaVision” would serve as a lead-in to “Doctor Strange in the Multiverse of Madness,” it was less clear if “The Falcon and the Winter Solder” would tie into any upcoming MCU project.

Prior to the series’ premiere, “Falcon and the Winter Soldier” head writer Malcolm Spellman teased that the Disney+ series would impact at least three upcoming MCU stories. “I can think of three that I’m not allowed to talk about,” Spellman told Entertainment Weekly back in March.

What we don’t know is if Spellman was talking about setting up new, yet-to-be-announced movies or films or have storylines crossover into one of the films or series (there are a lot of them!) already announced. With the MCU taking seven weeks off until “Loki” premieres on June 11, we’ll speculate on what “Falcon and the Winter Soldier” may have set up down the road. 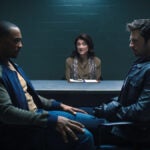 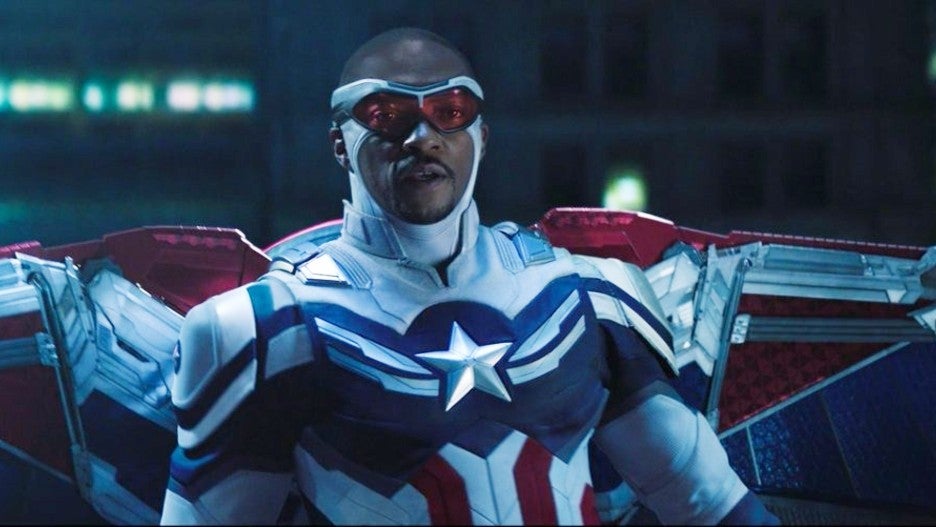 On Friday, word got out that Marvel Studios was bringing Spellman back with “Falcon and the Winter Soldier” writer Dalan Musson to pen a fourth “Captain America” movie. While nothing else is known about the project, it’s an extremely safe bet that it will continue Sam’s new life as Captain America (hey, you don’t spend an entire series building up to his big debut as Cap to not set him up for future adventures).

The only question after the end of “Falcon and the Winter Soldier” was whether or not this new Cap would continue on in future Disney+ series or get a movie. That question appears to have been answered, now we’ll wonder if Sebastian Stan will reteam with his new buddy or if the movie will pick any of the many plot threads the finale left hanging.

Should Bucky not join Sam in “Captain America 4,” it’s not out of the question that Disney+ could bring back the show for a second season, but this time put Bucky, now completely past his Winter Soldier days, as the sole lead. After all, now that Sam is Cap, he may have much bigger, world-saving issues to deal with. But the finale left a couple of threads that could be picked up in a potential second season.

Chief among them: Sharon Carter’s (Emily VanCamp) new life as the Power Broker. In the end-credits tag, Carter was finally given her pardon by the U.S. government and even appears primed to rejoin the CIA. That’s probably going to be bad news since she immediately phoned one of her contacts to brag about having access to U.S. intelligence and technology.

Another guess about Carter’s future: She will be the main antagonist in “Armor Wars,” which stars Don Cheadle’s James Rhodes/War Machine. That series sees Tony Stark’s tech fall into the wrong hands. Or maybe it’s not Sharon at all but actually a Skrull, which would help explain her very quick turn into villainy. That would set her up to factor hugely into “Secret Invasion,” which has been ramping up its cast in recent weeks.

Unlike “WandaVision,” Feige was more open about a second season of “Falcon and the Winter Soldier” even if it can’t technically go by that name anymore. Maybe Bucky will even go by The White Wolf considering they’ve teased it enough times. 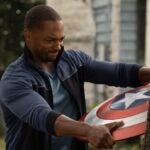 U.S. Agent and the Thunderbolts

As with Sam’s rise as Captain America, John Walker’s fall from the title he briefly held and subsequent renaming as U.S. Agent by end of “Falcon and the Winter Soldier” is a storyline that is very likely to continue. It’s possible he could team up with Bucky for a Season 2 “Falcon and the Winter Soldier” (Bucky didn’t appear too annoyed Walker tagged along on his and Sam’s mission to take down the Flag Smashers).

But we’d like to think Marvel has bigger plans for Wyatt Russell’s ex-Cap. He appears to be at the mercy of Valentina Allegra de Fontaine (Julia Louis-Dreyfus), who herself is being set up to be a key player during this new phase of the MCU. It sure sounds like Walker is going to be asked to lead some kind of team — de Fonatine is kind of like a bizarro-world version of Nick Fury.

Could she be building the Thunderbolts, a team of reformed supervillains that at one point included Helmut Zemo (Daniel Bruhl)? She did seem to be pretty happy that Zemo was able to take out the remaining Flag Smashers, thanks to the world’s most loyal butler outside of Alfred Pennyworth.

With the Avengers still mostly not a thing right now in the MCU, maybe we’ll see a new team.