A fourth “Captain America” film is in the works, with “Falcon and the Winter Soldier” showrunner Malcolm Spellman writing the script with Dalan Musson, according to The Hollywood Reporter.

Chris Evans originated the role in the MCU as WWII-era soldier-turned-superhero Steve Rogers in 2011’s “Captain America: The First Avenger” — but retired the Captain America shield at the end of 2019’s “Avengers Endgame.” Anthony Mackie’s Sam Wilson is the current wielder of the shield and is expected to do so in the new film.

In January, TheWrap reported that Evans was in talks to reprise his role as Captain America in some capacity for the MCU. Evans’ return was reported as unlikely to be a new “Captain America” installment, but rather an appearance in an untitled Marvel project with an option for a second film. 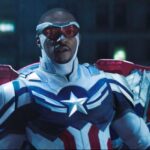 In “Falcon and the Winter Soldier,” Wilson decides to forgo the iconic title, upon which the government gives it to John Walker (Wyatt Russell). The series also stars Sebastian Stan as Bucky Barnes/The Winter Soldier, and the show premiered on March 19 on Disney+ to what the platform said was the biggest series debut ever. 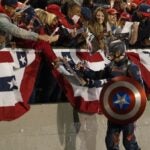 The Hollywood Reporter first reported the news. Representatives for Marvel and Disney have not yet responded to TheWrap’s request for comment.