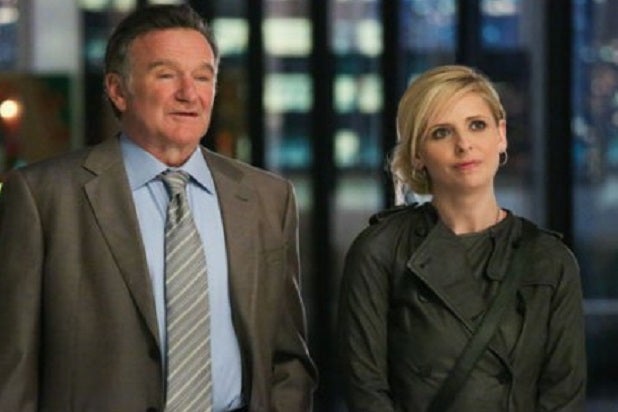 Which shows made a splash, and which seemed to crash? Read on for a breakdown of the week in premieres.

Also read: ‘S.H.I.E.L.D.’ Review: The Best Defense Is a Sense of Humor

The big winners of the week were NBC’s “The Blacklist” — starring James Spader as a criminal who pairs up with an FBI agent –ABC’s “Agents of S.H.I.E.L.D,” a TV offshoot of the big-screen “Avengers,” and  the new Robin Williams show “The Crazy Ones.” “The Blacklist” kicked things off on Monday, grabbing a 3.8 rating/10 share in the advertiser-cherished 18-49 demographic — making it the best premiere for any new broadcast show since the network’s premiere of “Revolution” last fall. (“Blacklist also took in an impressive 12.6 million total viewers.)

“The Blacklist” wouldn’t hold onto its crown for long; ABC’s “S.H.I.E.L.D.” premiered on Tuesday night and dominated the competition, grabbing a staggering 4.6/14 in the demo — the biggest network drama premiere in four years — and, while “S.H.I.E.L.D.” was bested by “Blacklist” in total viewers (ABC’s offering drew 11.9 million viewers overall), its demo dominance was undeniable.

Also read: ‘The Crazy Ones’ Review: Selling Out With Robin Williams

Also breaking big this week: CBS’s new Robin Williams-Sarah Michelle Gellar comedy “The Crazy Ones,” which stars the former “Mork & Mindy” actor as an ad executive with (surprise!) a flair for the unconventional. With 15.6 million total viewers, “The Crazy Ones” is currently the most-watched premiere of the fall season, and it pulled in a very solid 4.0 rating in the demo.

The success of “The Crazy Ones” was punctuated by the fact that it premiered on the same night as NBC’s “The Michael J Fox Show,” which drew a comparatively meager 2.1/6 in the demo and  7.3 million total viewers.

Aside from “The Michael J. Fox Show,” the week’s other turkey was ABC’s “Lucky 7,” whose title took on a level of irony with its Tuesday night premiere, which posted a 1.3/4 — the lowest-rated fall drama premiere on ABC’s books. CBS’s “Hostages” also got a shaky start with its Monday bow, pulling a soft 1.8/5 with 7.5 milion total viewers.

In other premiere news, the debut of Chuck Lorre’s new offering “Mom” got the show off to a semi-decent start with a 2.5/6 on Monday, while ABC’s “Back in the Game” also had middling results with its premiere, posting a 2.2/7 with 7.9 million total viewers. ABC’s other new offerings this week, “The Goldbergs” and “Trophy Wife,” scored a 3.2/9 and 2.3/6, respectively.